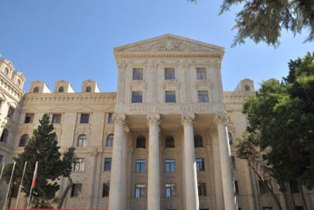 "Azerbaijan is ready for this meeting. Its date has been postponed several times due to the intensive schedule of three ministers. We expect for new date of this meeting," Mammadyarov said.

The last trilateral meeting of the three countries` foreign ministers was held in Nakhchivan in March and ended with the adoption of the final declaration.

During the Nakhchivan ministerial meeting, Elmar Mammadyarov, Ahmet Davutoglu and Ali Akbar Salehi discussed issues of interest to all three countries including the peaceful settlement of conflicts in the region and the need to create favourable conditions to achieve this goal. The ministers also discussed measures for the implementation of joint projects in the interest of stability and prosperity in the region.