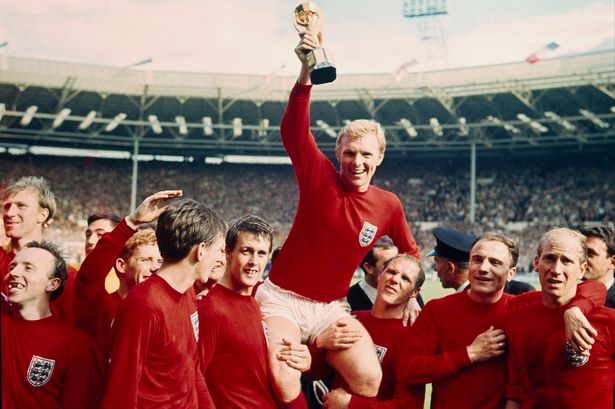 Prime Minister David Cameron was blamed tonight after snubbing England
An angry backlash has greeted the news that not a single one of the surviving players was handed a gong in the Queen’s Birthday Honours .

The decision was greeted with incredulity by the players and their families as the 50th anniversary of England’s historic win over West Germany approaches.

England midfield ace Nobby Stiles’ son John said: “Nobody wants to acknowledge the hundreds of ex-football players from the 50s, 60s, 70s and 80s, many of whom have degenerative brain diseases from head heavy balls."

Another source close to members of the 1966 team said: “The players are obviously disappointed because this would have been a wonderful year to have received such an honour.

“It is particularly sad after all the work the Sunday Mirror and Sunday People have put into campaigning on their behalf.”

A friend of iconic England goal keeper Gordon Banks, who is battling kidney cancer, said: “Gordon is disappointed as receiving a knighthood would have been a brilliant way to mark what has been a wonderful year of celebrating the team’s success.”

The bitter blow comes as 1,149 honours were dished out to figures including light entertainment duo And and Dec and Scottish crooner Rod Stewart who was knighted.

England fans in Marseille to watch the opening Group B clash with Russia said they were outraged at the callous decision.

Mitchell Williams, a West Ham supporter, said: “My club gave a lot to that England team and in turn that team gave a lot to our country.

"Their victory, and the remarkable work they have done since, is a credit to our country. To think of the list of people who have been knighted while these men are ignored is a national disgrace.”

Former Shadow Culture Secretary Michael Dugher, who has led calls for the remaining members of Sir Alf Ramsey’s team to be given a fitting tribute, branded the snub a “betrayal.”

A letter from the honours committee confirmed the snub.

Civil servants hid behind a five-year rule excuse saying they could not give gongs out so long after the event.

The short note said that the decision to give the team MBEs in 2000 was a felt to be `the appropriate level of recognition`.

It was signed by a civil servant on behalf of Richard Tilbrook, head of the Honours and Appointments Secretariat.

The cruel snub comes after a host of stars and leading figures backed the Sunday Mirror Knight the Lions campaign.

Brazilian icon Pele, who is widely regarded as the greatest player of all time, will be reunited with members of Sir Alf Ramsey’s side at a commemorative dinner that will spark weeks of celebration.

He supported calls for the team to be knighted while there was still time.

July 30, 1966, cemented the players` names in history as England achieved its greatest ever sporting triumph by beating West Germany 4-2 at Wembley.

But just two of the team, Bobby Charlton and hat-trick hero Geoff Hurst, were knighted.

A host of leading sporting figures and celebrities including Sir Elton John, Gary Lineker and Simon Cowell joined in, urging Mr Cameron to create a fitting memory of the team’s inspirational win.