Azerbaijan not to use internal instability in Armenia for military strike 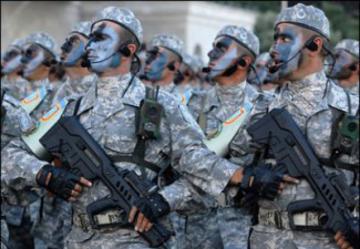 Azerbaijan won`t make use of the inner political situation in Armenia for the liberation of the occupied lands through war.
The statement came from Azerbaijani political scientist Fikret Sadikhov commenting on the statement of secretary of the Armenian National Security Artur Bagdasaryan that Azerbaijan `was ready to launch war against the backdrop of political instability in Armenia after presidential elections` in 2008.

"Azerbaijan never planned to take offensive and did not say that it will attack Armenia. Azerbaijan has never turned this country into an object of its territorial integrity, unlike Armenia which claims on Azerbaijani lands", Sadikhov said.

The political scientist said that Azerbaijan will never take the advantage of the political situation in Armenia for the liberation of its lands.

In turn, deputy, member of the committee for security and defence of Azerbaijan, Zahid Orujev is also confident that the Armenian government has no other arguments at hand which is why they want to neutralize inner malcontent.

According to the deputy, corruption within Sargsyan`s regime and his occupational policy in relation to neighbors is considered to be the main source of instability and people`s outrage.