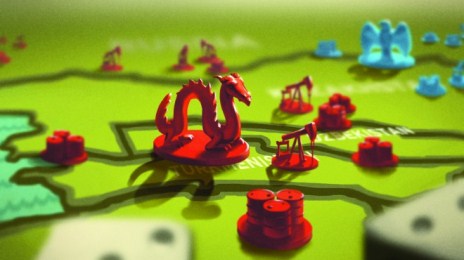 Dynamic changes are taking place in the global politics.
Attempts are made to predict the course of geopolitical processes in various parts of the world. Multitude of views is expressed with respect to Central Asia. Their analysis reveals conflicting aspects.

xternal interventions into the region

Central Asia is deemed one of significant subjects in the world politics. Two aspects prevail here. First - domestic and inter-state contradictions in the region. Second - active engagement of large powers aimed at ensuring interests in Central Asia. Given those issues analysts are even speaking of the possibility of changing borders of the regional countries. Some claim that a "new great game” is being played in Central Asia.

However, thought provoking is the lack of unanimous opinion on what exactly the term "Central Asia” defines. Central Asia implies vast interfluves stretching from India and China to the Middle East. Soviet era term defined space around Mongolia where "Middle Asia” and Kazakhstan were described as separate geographical spaces. "Greater Central Asia” term commonly used in the U.S. today also implies Afghanistan. Central Asia of today is recognized as a region inclusive of Kazakhstan, Uzbekistan, Kyrgyzstan, Turkmenistan and Tajikistan.

Various perceptions of the region entail uncertainty. In other words, guided by their perceptions, external powers obtain a pretext to interfere into the region in line with their interests. Apparently, this must be one of the reasons for increasingly fierce struggle for Central Asia between Russia, China, U.S., European Union, India and Pakistan. Therefore, under the circumstances, analysts suggest various development scenarios for the region. In this context, Andrey Kazantsev, Director of the Analytical Center of Moscow State University of International Relations under the Ministry of Foreign Affairs of Russia, forwarded five possible development scenarios (see: Андрей Казанцев. Пять сценариев будущих границ Центральной Азии // Российский совет по международным делам. www.russiancouncil.ru, 17 April, 2013). Accordingly, author forwards a thesis of a new "great game” being played in the region. It is manifested in the new phase of rivalry between the countries of the region and in the struggle of large powers over Central Asia. The struggle is of political, social-economic and military nature. Issue of diaspora is also a pressing one. Moreover, problems of Tajiks in Uzbekistan, Uzbeks related issues in Kyrgyzstan, and contradictions between people residing in "mountains” and "plains” of Tajikistan, and in the "north” and the "south” of Kazakhstan are among the concerns.

Interventions of large powers into the region both foment the negativity and obstruct the situation. Therefore, Kazantsev`s first scenario is China emerging as a dominant power in Central Asia. It would be done gradually, phase-by-phase. Scenario would be enabled by complete withdrawal of the U.S. from Afghanistan, protraction of economic crisis in Europe and "stagnation” in Russia, caused by economic-demographic factors. Initially, China may leverage the region economically, later introducing its culture and language on the level of the elites. This way opposition towards the West may be nurtured in the region. By applying this policy China`s emergence as a regional leader may require sixty-seventy years.

This scenario is only viable in the event of Russia`s failure to execute the Eurasian integration model. Nevertheless, Kazantsev does not exclude the "reintegration on the post-Soviet space” (second scenario). Under the scenario borders between the countries would be obliterated, largely owing to growth of economic relations.

Enabled by growing cooperation among the regional countries organization similar to European Union may emerge. That would be a third scenario called "Central Asian Union”. Such process would be completed in 100 years. According to the author, disagreements and conflicts of views between the countries of the region have reached the extent that significantly diminishes the chances of success. Notwithstanding, the course of events may change, leading to the establishment of a common organization.

Fourth scenario is a process called "Caliphate”. Outcome of intensive politicization of Islam in the region, this scenario may be realized in the event of rising influence of certain radical groups. Kazantsev puts it in the correlation with the situation in Afghanistan. Undoubtedly, the fourth scenario is undesirable for the West, Russia and China. Therefore, it is likely that large powers will aim to resolutely preempt the development of process.

Disintegration of the Central Asia is the fifth scenario. Oddly, the Russian expert suggests this scenario as the most viable. Among the key arguments he mentions are the fundamental domestic contradictions in the countries of the region. As the border demarcation in Central Asia was carried out in superficially, in the 1920-30s, it entailed multitude of problems, issue of national identity. Nevertheless, Kazakhs, Uzbeks, Tajiks, Turkmens and Kyrgyz have already established their national identity and it may hardly be abandoned. Thus, ethnic differences are expected to gradually subside. This process is developing on the sidelines of growing national consciousness. Regardless, clan-tribal and regional-clan level contradictions are likely to remain in Central Asia which means that despite the gradual establishment of the national identity conflicts within sub-ethnic and sub-regional structures may endure.

Are the countries of the region entitled to a choice?

Admittedly, general picture drawn by all the five scenarios are not at all cheerful. Clearly, the large powers are not really enthusiastic about free and independent development of the regional states. Their global aspirations may surface more sharply in the context of their struggle over the region. Russia, China and the U.S. are likely to be the top contenders. They will not refrain from capitalizing on simulated differences among the counties of the region.

Those processes may undoubtedly affect the South Caucasus. On the other hand, Turkic commonwealth is not mentioned in any scenario. As a matter of fact, four out five Central Asian nations are Turkic. Then why the possible spread of Chinese language in the region is assumed, while Turkish language, native to the peoples of the region, is ignored? Moreover, the views mentioned above suggest Central Asia`s incorporation into certain integration model initiated by a large power. What if the regional states have their own plans for consolidation? Why is this aspect neglected?

Apparently, large powers ignore the geopolitical choices of the regional countries. This position is hardly justifiable. Past experience demonstrates that unforeseen process may develop. Kazakhstan and Uzbekistan may spearhead the regional growth, thus seriously affecting the regional situation.

Such comparisons reiterate that the processes of geopolitical evolution are currently suggested only in the context of the interests of large powers. Nevertheless, reality on the ground may spur completely different course of developments. As they say, her majesty the time has "scenario” of her own!