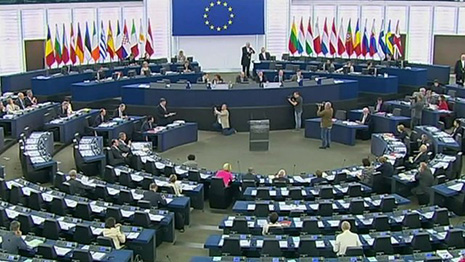 The European Parliament ratified the association agreement between Georgia and the EU at its meeting in Strasbourg Dec.18.

It is reported that some 490 MPs of the European Parliament supported the ratification.

Before the voting, Giorgi Margvelashvili and Mikheil Saakashvili were introduced to the MPs of the European Parliament. It should be noted that they were equally met with applause.

It should be noted that the resolution included also the recommendation not to use selective justice against the former leaders of the country, which have done much for European integration.

Georgian president said that December 18 is a historic day and Georgia became even closer to its cradle – Europe, because it is a European country.