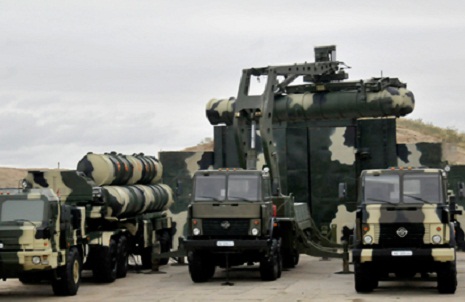 Iran still insists on getting the S-300 missile system from Russia, the country
He said that Russian side has illegally canceled the contract under the pressure from Israel and the US, Iran’s Mehr news agency reported Dec. 20.

Russians used the international sanctions as an excuse to repeal the agreement meanwhile the contract was signed before the sanctions, he said.

Dehghan said that Iran did not accept the Russian offer for substituting S-300, adding that Iran has fulfilled its commitments within the agreement and wants Russia to do the same.

However, Moscow refrained from meeting its obligations under the pretext that they were covered by the fourth round of the UN Security Council resolutions against Iran.

In September 2010, then Russian President Dmitry Medvedev signed a decree banning the delivery of the S-300 systems to the Islamic Republic.

Russia`s refusal to deliver the systems under the contract prompted Iran to file a complaint with the International Court of Arbitration in Geneva against the Russian arms company Rosoboronexport.