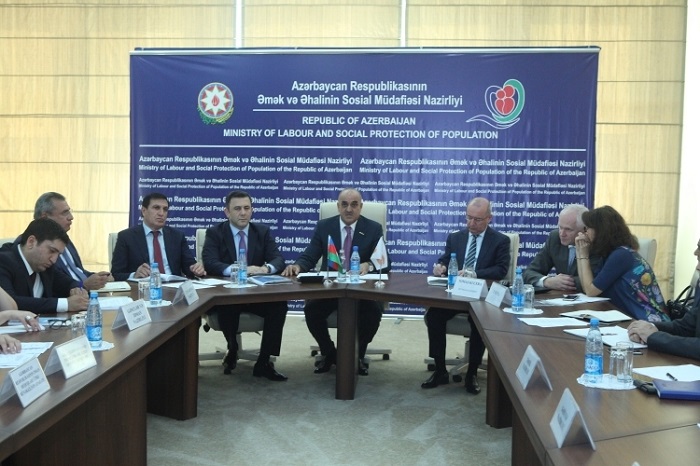 Issues of forecasts on population and demographic projections have been discussed in the next meeting of Information Exchange Hour held at the Ministry of Labour and Social Protection of Population.

The ministry told that the meeting was attended by representatives of relevant state bodies, Center for Strategic Studies under the President of the Republic of Azerbaijan, Ombudsman Office, United Nations Population Fund, Azerbaijan National Academy of Sciences (ANAS), and international experts.

The minister said that the balance of migration has changed to positive since 2008 and made +1.1 thousand in 2015.