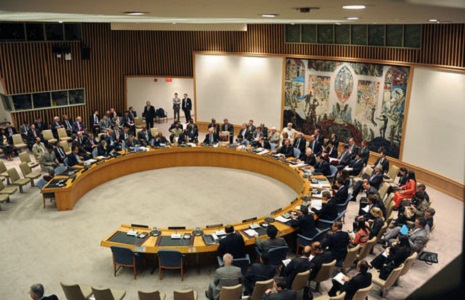 Palestinian resistance movement Hamas has criticized Mahmoud Abbas
A spokesman for Hamas on Monday said the plan to re-file a resolution on ending Israeli occupation would be “political foolishness.”

Sami Abu Zuhri said Hamas is totally opposed to any attempt by the Palestinian Authority to go back to the UNSC.

He described such a potential move as a “dangerous game” with the destiny of the Palestinian nation.

Palestinian Authority announced on Friday it has decided to resubmit a draft resolution to the UNSC setting a deadline for reaching a peace deal with Israel and ending the occupation.

Mahmoud Abbas, the president of the Palestinian national unity government, which also includes Hamas, said on Sunday that he has already discussed the issue with allies and specifically Jordan, which is the Security Council’s only Arab member.

Earlier on December 30, the UNSC rejected a draft resolution, which called for the recognition of an independent Palestinian state and the termination of the Israeli occupation.