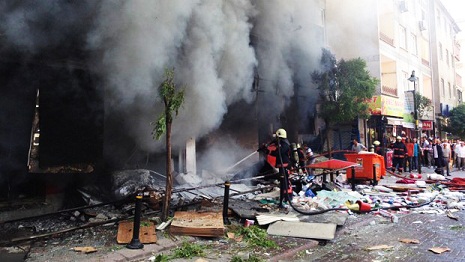 Russia
“At the moment, we have no information about it,” the Consulate General told the Russian news agency RIA Novosti.

An explosion occurred Jan. 6 at a police station in the center of Istanbul, as a woman, equipped with an explosive belt, blew herself up in the building.

Two police officers were injured in the explosion, one of them later died, while the second one’s condition is not serious.

The woman, in order to get to the police station, said in English that she lost her wallet.

Turkish media reported that the suicide attacker was a Russian woman named Diana Ramazova, however the Turkish authorities haven’t yet officially confirmed this information.