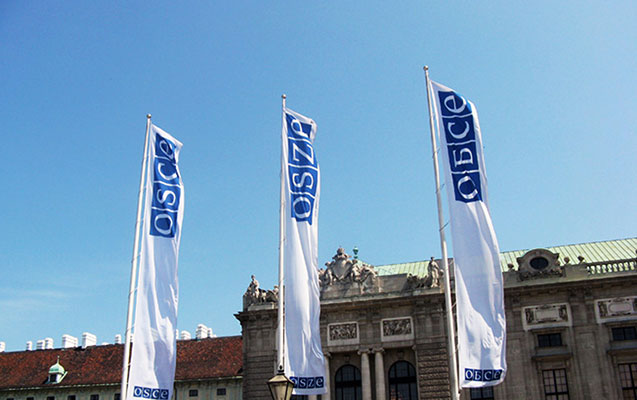 The Co-Chairs of the OSCE Minsk Group (Ambassadors Igor Popov of the Russian Federation, Jacques Faure of France, and Ian Kelly of the United States of America) met on May 17 with Azerbaijani Foreign Minister Elmar Mammadyarov and Armenian Foreign Minister Edward Nalbandian. The Personal Representative of the OSCE Chairperson-in-Office, Ambassador Andrzej Kasprzyk, also participated in the meetings, the OSCE said today.
The Co-Chairs and the Foreign Ministers discussed possible ways to advance the peace process of the Nagorno-Karabakh conflict.

The Ministers exchanged views on the current situation and reaffirmed their commitment to promoting peace in the region.

The Co-Chairs reiterated the need to avoid actions or rhetoric that could raise tensions or damage the peace process, and discussed with the Ministers a number of confidence building measures to help create an atmosphere conducive to reconciliation. The Co-Chairs will travel to the region later this month to discuss these issues further with the Presidents of Azerbaijan and Armenia.

Azerbaijan and Armenia signed a ceasefire agreement in 1994. The co-chairs of the OSCE Minsk Group, Russia, France and the U.S. are currently holding peace negotiations.
Armenia has not yet implemented the U.N. Security Council`s four resolutions on the liberation of the Nagorno-Karabakh and the surrounding regions.