US confirms Kerry, Zarif meeting in Geneva next week 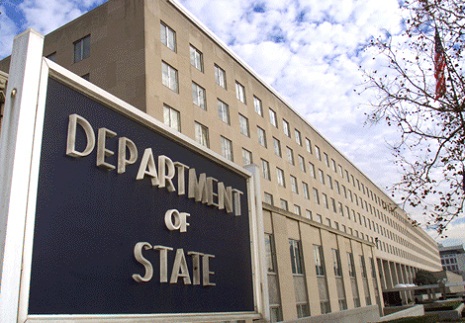 The US State Department says Secretary of State John Kerry and Iranian Foreign Minister Mohammad Javad Zarif will meet next week in Geneva ahead of the next round of negotiations on Tehran
State Department spokeswoman Jen Psaki said on Friday that Kerry and Zarif will meet on Wednesday to discuss "guidance for the negotiating teams" which will resume talks on January 18.

She said that Kerry will leave for India on Friday night and then travel to the Swiss city.

The two top diplomats will travel to Geneva on January 14 to hold a meeting prior to the bilateral meeting of their deputies, Iranian Deputy Foreign Minister for Legal and International Affairs Araqchi said.

Araqchi said Iranian and American negotiating delegations will subsequently hold bilateral negotiation January 15 to 17 in Geneva and that Iran and the P5+1 group of world powers will negotiate at deputy foreign ministerial level on January 18.

Iran and the six powers – Russia, China, Britain, France, the US and Germany -- are working to reach a final accord aimed at putting an end to the longstanding dispute over Tehran’s nuclear issue.

Despite progress in the talks, two sides failed to clinch a final deal by a Nov. 24 deadline. The talks have now been extended until July 1, 2015.