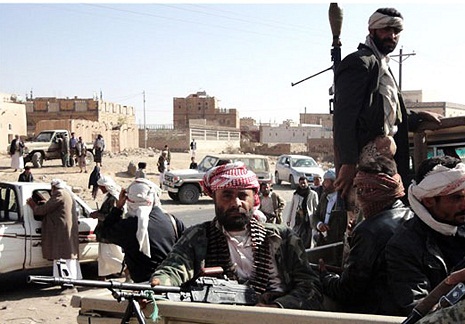 Al-Qaeda in the Arabian Peninsula (AQAP) released a speech from one of its top Shariah officials, Harith bin Ghazi al-Nadhari, speaking on the attack at the offices of Charlie Hebdo in Paris, France, and threatening France with more operations if it does not stop “fighting” Islam and its symbols, and Muslims, SITE Monitoring Service reported.

His speech, entitled, “The Faces Succeeded,” came in a 5 minute, 37 second video uploaded on YouTube on January 9, 2015, hours after the suspected gunmen, Said and Cherif Kouachi, were killed by French police. Nadhari stated: “Some of the sons of France were disrespectful to the prophets of Allah, so a group from among the believing soldiers of Allah marched unto them, then they taught them respect and the limit of the freedom of expression. Soldiers who love Allah and His messengers have come unto you, and they do not fear death but adore martyrdom in the cause of Allah.”