Blocking WhatsApp is not on agenda in Iran 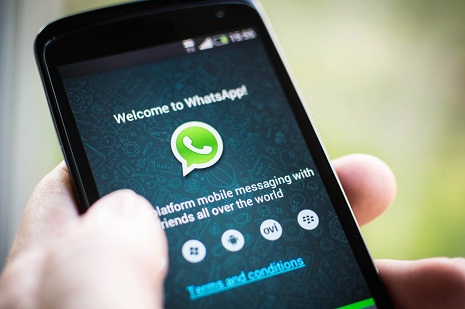 Blocking mobile social networks applications is not on the current agenda, Iranian Minister of Justice Mostafa Pourmohammadi said.
The issue of banning access to WhatsApp, Line, and Tango was already discussed in the Committee for Determining Criminal Web Content but there are no plans to block the social networks currently, Pourmohammadi said, the country’s official IRNA news agency reported Jan. 11.

The government does not intend to impose limitations, however it is committed to moral issues, the minister said.

The minister’s statements seem to put an end to recent uncertainty on the issue following the rumors that an Iranian court has ordered banning the networks.

Earlier on Jan. 7, Iranian media outlets reported that the judiciary has ordered the Iranian government to block access to WhatsApp, Line, and Tango because the services can be used to share “immoral” content. They reported that the apps will be blocked in the new future.

The judiciary has been trying to get Iran’s government to block access to these services since September 2014.

Earlier in October 2014 in response to a final order by the judiciary to close down mobile messaging services such as WhatsApp, Viber and Tango, the country’s Communications and Information Technology Minister Mahmoud Vaezi said that it would have no effect.

“Our technical studies indicate that the number of social networks such as WhatsApp, Viber and Tango is so numerous that shutting them down is not the solution.”

About 4.5 to 5 million of Iranian citizens use WhatsApp and Viber.

It should be noted that several of world`s most popular networks, such as Twitter and Facebook are banned in Iran, while users are still able to access them via proxies. A proxy allows bypassing `gates` meant to block certain sites.

A survey by Iranian Ministry of Youth Affairs and Sports indicates that 69.3 percent of the country`s young generation use proxy servers to by-pass the filters and access banned Internet websites.