The number of victims of the conflict in the east of Ukraine has reached 4,808 people, and more than 1.2 million people have been driven from their homes by the military conflict, says a UN report.
According to the UN humanitarian agency, 633,523 people were internally displaced in Ukraine, while 593,622 people fled to neighbouring countries from December 27 to January 9. Russia has been the main destination for refugees, fleeing hostilities in Ukraine`s provinces of Donetsk and Lugansk.

OCHA estimates that 1.4 million people in the conflict-affected areas are very vulnerable and require assistance. As of November 28, there were 5.2 million people living in these regions.

A total of 4,808 people, including the 298 victims of the crashed Malaysian airliner, have lost their lives in eastern Ukraine since the military operation started in the country in April, the report said.

The agency stressed that, apart from financial difficulties, people living in the conflict zones are reported to have not enough essential food and medicines and are forced to live in “frigid winter conditions.”

“The humanitarian community regrettably notes an increase in military activities and the intensification of hostilities. There were multiple reports of rockets being fired in the vicinity of Donetsk and Lugansk cities, an indication that the ceasefire is regularly breached,” the OCHA report said.

Ukraine has been gripped by hostilities ever since the government in Kiev launched a massive military campaign to crack down on militias in the country`s southeast. In October report, the Human Rights Watch pressure group presented evidence that Ukrainian troops have been targeting residential areas in militia-controlled Donetsk and nearby locations with illegal cluster munitions, in what amounted to a war crime.

The leaders of the so-called Normandy quartet - Russia, Germany, France and Ukraine - are expected to meet on 15 January in Kazakhstan`s capital to address humanitarian and other concerns, although the summit has not been confirmed yet. 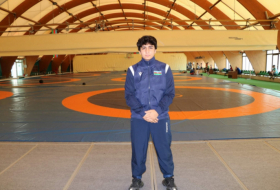