Abu Bakr al-Baghdadi, so-called ”Caliph,” the head of ISIL (Islamic State in Iraq and the Levant is, according to sources reputed to originate from Edward Snowden, an actor named Elliot Shimon, a Mossad trained operative.

Simon Elliot (Elliot Shimon) aka Al-Baghdadi was born of two Jewish parents and is a Mossad agent.

We offer below three translations that want to assert that the Caliph Al-Baghdadi is a full Mossad agent and that he was born Jewish father and mother:

The real name of Abu Bakr al-Baghdadi is “Simon Elliott.”

The so-called “Elliot” was recruited by the Israeli Mossad and was trained in espionage and psychological warfare against Arab and Islamic societies.

This information was attributed to Edward Snowden and published by newspapers and other Web sites: the head of the “Islamic State” Abu Bakr al-Baghdadi, has cooperated with the U.S. Secret Service, British and Israel to create an organization capable of attracting terrorist extremists from around the world. 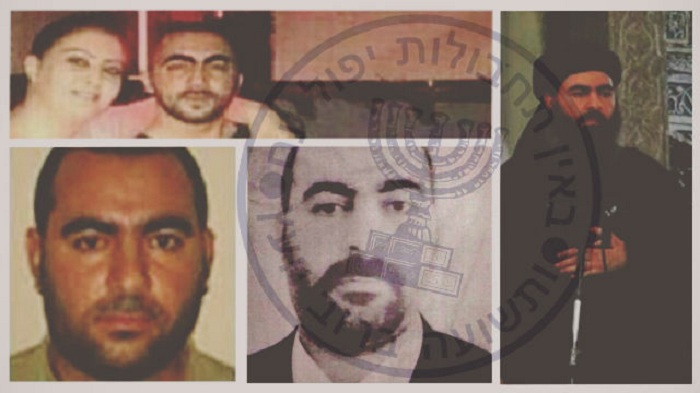 Another source corroborates this statement, the site Egy-press:

With photo support, a Iranian media discovers the true identity of the Emir Daash, a trained Zionist agent.

The plan: get into the military and civilian heart of the countries that are declared as a threat to Israel in order to destroy to facilitate thereafter, the takeover by the Zionist state on the entire area of the Middle East in order to establish Greater Israel.

Here are the borders of the Zionist project, the “Greater Israel” or “Eretz Israel” for short.

These facts confirm the first that came out a few days ago, confirming that the Caliph Rolex is sent to Israel to sow chaos in neighboring countries the Zionist entity.