FM: Azerbaijan has no problems with Iran 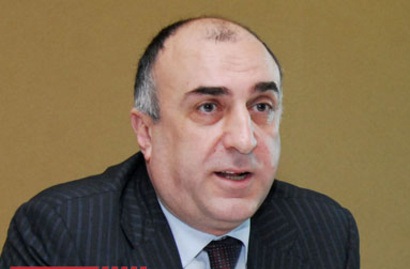 Azerbaijan has no problems with Iran, Azerbaijani Foreign Minister Elmar Mammadyarov said in an interview with Russian newspaper "Nezavisimaya Gazeta".

"Azerbaijan always seeks to build a policy based on its own national interests. I would not say that we have problems with Iran, if not to talk about individual statements of some mullahs made during my visit to Israel," Mammadyarov said.

He said recently he has held talks with his Iranian counterpart Ali Akbar Salehi, who expressed his desire to come to Baku prior to the presidential elections in Iran.
"However, like with any other neighbors, occasionally misunderstanding occurs, but we find a common language. For example, recently the Azerbaijani citizens, who were detained in Tehran, have been released," Mammadyarov said.
Research fellow of the Nizami Ganjavi Institute of Literature of the National Academy of Sciences, orientalist Khalida Khalid and her assistant Shamkhal Huseynov, who were detained in Iran, have been released, member of Milli Majlis (Parliament) and member of an official delegation to Iran, Eldar Ibragimov told.

The information on the release of Azerbaijani citizens was confirmed by the Ambassador of Iran to Azerbaijan Mohsen Pak Ayin.

Khalida Khalid and her assistant will be sent to Azerbaijan in the next few days, Pakayin told.

Khalida Khalid and her assistant Shamkhal Huseynov were arrested on April 30 in Tabriz by officers of the Ministry of Information, Security and Intelligence of Iran, the Iranian media reported earlier.

Azerbaijan sent two notes to the Iranian Foreign Ministry in regards to the detention of its citizens.

At present, Baku awaits their arrival in the homeland.