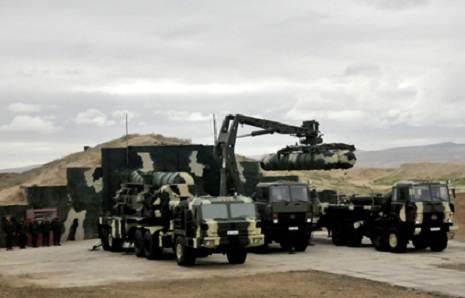 The accord emphasizes fighting terrorism, extremism and separatism as well as boosting mutual cooperation for peace and security in the region.

The MoU also includes holding joint military drills, cooperation in military training as well as fighting against piracy in international waters and the Caspian Sea, according to the official website of the Islamic Republic’s defense ministry.

Shoygu arrived in Tehran on Jan. 20 for talks with senior Iranian officials on ways to promote defense ties between Russia and the Islamic Republic.

The two ministers also agreed to resolve disputes over delivering Russian S-300 missile system to Iran. No further details on the issue has been published yet.

However, Moscow refrained from meeting its obligations under the pretext that they were covered by the fourth round of the UN Security Council resolutions against Iran.

In September 2010, then Russian President Dmitry Medvedev signed a decree banning the delivery of the S-300 systems to the Islamic Republic.

Russia`s refusal to deliver the systems under the contract prompted Iran to file a complaint with the International Court of Arbitration in Geneva against the Russian arms company Rosoboronexport.

Last December Dehghan said that Iran still insists on getting the S-300 missile system from Russia, adding the Russian side has illegally canceled the contract under the pressure from Israel and the US.