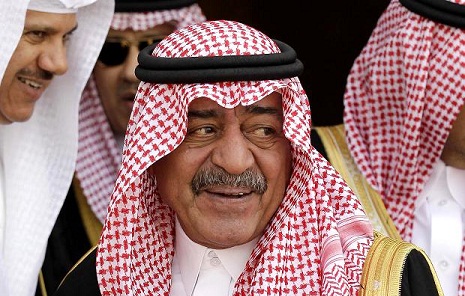 "His Highness Salman bin Abdulaziz Al Saud and all members of the family and the nation mourn the Custodian of the Two Holy Mosques King Abdullah bin Abdulaziz, who passed away at exactly 1 a.m. this morning," said the statement.

Abdullah, 90, had ruled Saudi Arabia as king since 2006, but had run the country as de facto regent for a decade before that after his predecessor King Fahd suffered a debilitating stroke.

King Salman, 79, has been crown prince and defence minister since 2012. He was governor of Riyadh province for five decades before that.

Abdullah led the nation`s grudging response to Islamic extremism after the September 11, 2001 attacks on the United States, which bared Al-Qaeda`s deep roots inside Saudi Arabia.

In 2002 he parented the pathbreaking Arab Peace Initiative, which offered Israel blanket recognition from 22 Arab states in return for an independent state for the Palestinians.