Nutella `could cause cancer` 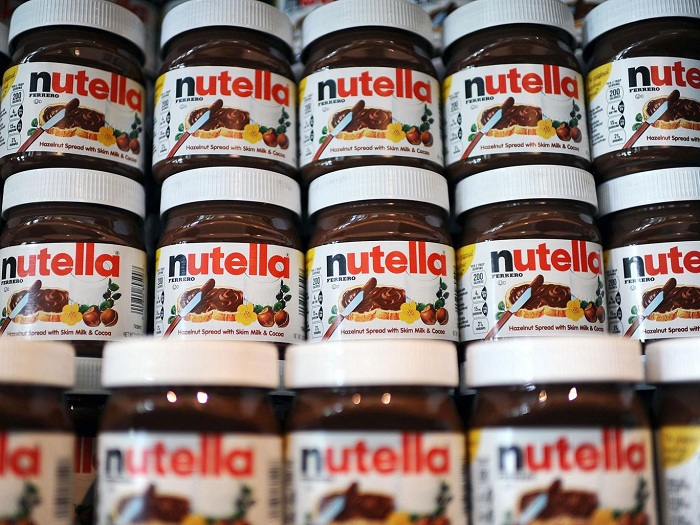 Lovers of chocolate spread may have been shocked on Wednesday by news that an ingredient in Nutella could potentially cause cancer. Supermarkets in Italy have even begun removing some products from shelves that contain the offending ingredient - processed palm oil. But are people over-reacting or are the risks real?

Why have Italian supermarkets removed products containing palm oil from their shelves?

In May, Coop, Italy’s largest supermarket chain, pulled around 200 of its own-brand products from its shelves, because they contain refined palm oil, which some say may increase the risk of developing cancer. Nutella was not among the products removed.

Coop said at the time this was a precaution and that it had stopped selling products that were aimed at children, who were deemed at greater risk.

The move followed an opinion from the European Food Safety Authority stating that contaminants created when palm oil is refined are carcinogenic.

But the focus has been on Nutella partly because it is such an iconic brand in Italy and partly because, after sales dipped, the spread’s manufacturer, Ferrero, put out television and newspaper adverts in an attempt to reassure people that its product was safe. This appears to have backfired badly.

What is in palm oil that could increase the risk of cancer?

According to the EFSA study, the contaminants are found in most vegetable oils but palm oil contains particularly high levels.

They are not found in the raw oils but are produced when oils are refined at high temperatures of around 200 degrees celsius, which is a routine part of the process when making processed foods. Palm oil is heated to remove its characteristic smell and deep orange colour.

The EFSA reviewed previous scientific studies and found that repeated exposure to GE increases the incidence of tumours in rats and mice, probably by damaging the genetic information in their cells. Exposure was particularly harmful to children, the agency said.

It found that 3-MCPD was toxic to the animals’ kidneys and posed risks to the male reproductive system. There is not enough data on 2-MCPD to make a reliable conclusion on its health impacts, the EFSA said.

What have manufacturers done to mitigate the risks to consumers?

A spokesperson for Ferrero said the company selects raw materials and industrial processes that minimise the contaminants. "The health and safety of consumers is an absolute and first priority for Ferrero and we confirm that Ferrero products are safe", the company said.

Nestlé, which makes a number of products with refined palm oil, said it takes the issue seriously and has funded scientific research into how the cancer-causing compounds form. As a result it said it had "significantly reduced levels of MCPD esters" in its products.

Why don’t manufacturers just use a safer oil?

The simple answer seems to be money. Substitute oils, derived for example from sunflowers or rapeseed, could be used but would increase the cost of the product’s ingredients. A calculation by Reuters estimated that Ferrero would need to spend as much as $22m per year (£18m), more per year. Ferrero has not confirmed the figures.

There would also be potentially huge added costs associated with changing the recipe to ensure that it remains as true to the previous version as possible, as well as with updating manufacturing processes and equipment and sourcing new suppliers of different ingredients.

A Ferrero spokesperson said: "Palm oil is the best option to ensure that the product has the right consistency and structure, and does not interfere with the characteristic flavours of the other ingredients."

The company said using palm oil means it avoids using a fat which needs to be hydrogenated, producing harmful "trans fats". It also hailed the environmental benefits of palm oil which it claims uses 5 times less land than alternatives.

What should I do to minimise the risks?

The EFSA study found that for everyone except babies, the main exposure comes from, pastries, cakes and margarines. Many brands of chocolate also contain refined palm oil.

Advice from public health bodies is vague at present. A spokesperson for the EFSA said that as a risk assessor it is not part of its job to make dietary recommendations. The UK`s Food Standards Agency said that it was working with European partners to agree suitable regulation, in light of the EFSA`s findings. "We advise that consumers eat a healthy, balanced and varied diet to balance the risk," an FSA spokesperson said.

None of the major supermarkets have currently announced plans to remove any products containing palm oil from the shelves.