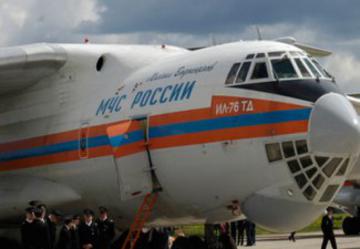 Russian airplane of the Emergency Ministry with 128 citizens of the CIS states has left Syria and landed at the Moscow Domodedovo airport.

Of 128 passengers, 80 are Russians and the rest are the citizens of Ukraine, Moldova, Belarus, Azerbaijan and Tajikistan.
It has to be noted that there were 70 children on board, all the rest are adults, Russian media report.

It is not the first year that the Syrian population suffers from a civil conflict. Over 80,000 Syrians have become victims of the armed confrontation since March 2011.