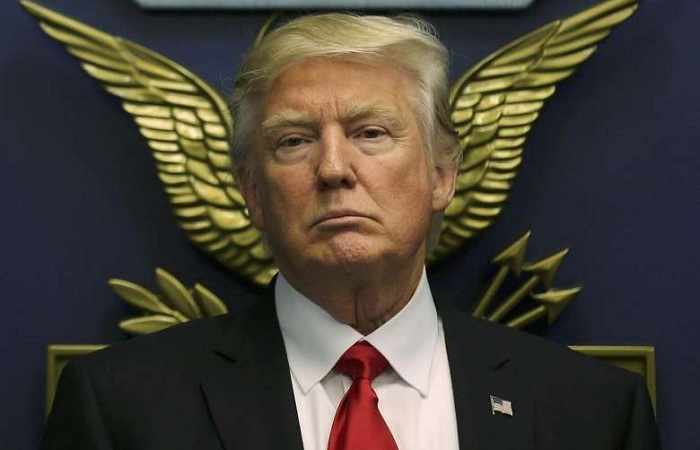 In a secure room at his Mar-a-Lago estate in Florida, President Donald Trump's top military advisers presented him with three options for punishing Syrian President Bashar al-Assad for a poison gas attack that killed dozens of civilians, Reuters reported.

It was Thursday afternoon, just hours before 59 U.S. cruise missiles would rain down on a Syrian military airfield in response to what Trump had called "a disgrace to humanity."

Trump was at his Florida estate for his first summit with Chinese President Xi Jinping. But that summit took a backseat to the top-secret briefing by U.S. National Security Adviser H.R. McMaster, and Secretary of Defense Jim Mattis, an official familiar with the briefing told Reuters.

McMaster and Mattis presented Trump with three options, which were quickly narrowed to two: bomb multiple airfields or just the Shayrat airfield near the city of Homs, where the military jet carrying the poison gas had taken off, the official said.

At least 70 people, including 20 children, were killed in the gas attack in northern Syria. Russia, which has military forces in Syria aiding Assad's government, says the deaths were caused by a gas leak from a depot where rebel groups stored chemical weapons, a charge the rebels deny and U.S. intelligence officials say is false.

After listening to an argument that it was best to minimize both Russian and Arab casualties, the official said, Trump chose the minimum option and ordered the launch of a barrage of cruise missiles against the Shayrat air field.

Mattis and McMaster argued that choosing that target would draw the clearest line between Assad's use of nerve gas and the retaliatory strike, the official said.

In addition, the living quarters occupied by Russian advisers, Syrian airmen and some civilian workers were on the periphery of the airfield, which meant it could be destroyed without risking hundreds of casualties -- especially if the attack occurred outside the base's normal working hours.

Another official privy to the discussions said the administration has contingency plans for possible additional strikes as early as Friday night, depending on how Assad responds to the first attack.