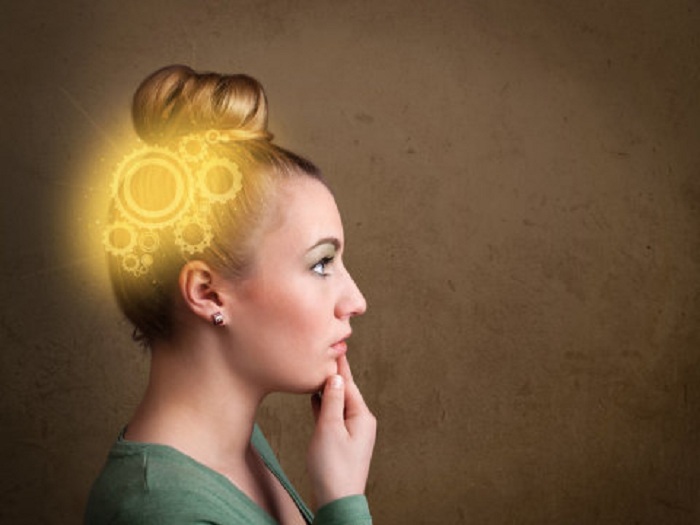 Society tells us that you can’t teach an old dog new tricks—that it’s harder for adults to learn new skills than it is for kids. And in many ways, that’s true: Babies have nothing to do but eat, sleep, and learn, while grown-ups are faced with all sorts of time, money, and real-life constraints. (Not to mention, we get annoyed when we’re not good at things right away.)

But it doesn’t have to be that way, says Rachel Wu, PhD, assistant professor of psychology at the University of California Riverside. In a new paper published in Human Development, Wu argues that using a childlike approach to learning can help people of any age take on and conqueror new challenges.

Not only will this help adults develop new talents and hobbies, Wu says, but research suggests that it can keep their brains young, delaying or slowing age-related cognitive decline.

Wu says that as we age, we transition from “broad learning” to “specialized learning,” focusing on our careers and specific areas of expertise. It’s that increasingly narrow specialization that leads to cognitive slowdown, she theorizes—initially in unfamiliar situations, but eventually all the time.

Instead of falling into this trap, Wu says, adults should embrace broad learning through the following six strategies. In children, these behaviors have been shown to increase basic cognitive abilities like working memory, inhibition, and attention. Wu predicts the same would be true for adults, too, if we’d actually give them a chance.

Venture outside your comfort zone

As adults, we tend to use similar skills day in and day out: We take jobs in fields we're already proficient in, drive the same routes to the same places, and fall into routines we’re comfortable with. But all this familiarity limits the parts of the brain we’re using on a regular basis, says Wu.

“If you’re trying to learn a new skill and it’s turning out to be really easy for you, that may be a sign it’s too similar to what you’re already familiar with,” she says. “Switching to something more challenging, that’s truly different than what you’re used to, may have more cognitive benefits.”

It’s difficult for adults to teach themselves new skills, says Wu, especially if they really are trying something totally unfamiliar. Hiring an instructor or taking a class, on the other hand, can inspire discipline and hold people accountable for their progress.

Can’t afford professional lessons? “I’ve seen barter systems in groups of adults where someone is a skilled artist, for example, and someone is a musician,” says Wu. “At some point, everyone’s a teacher and everyone’s a learner.”

“This may be one of the toughest ones, because it’s so embedded in our culture and our stereotypes that you really can’t develop as an adult,” says Wu. Many people also believe that adults need natural talent to succeed in new areas, and that hard work simply isn’t enough. (Wu wrote about her own experience with these beliefs in a recent Scientific American blog post.)

“It comes down to ignoring those people who don’t believe in the process,” says Wu, “and pushing yourself to really believe it yourself—to know that you can and you will improve with practice.”

Surround yourself with encouraging people

A fear of making mistakes is another reason adults are so slow to learn new things; if we try and fail, we can face criticism, lose money, or get fired. And if we’re not good at something right away, we’re told to not give up our day jobs.

That’s why it’s important to build up a support network of people—at work and at home—who allow you to make mistakes and learn from them, says Wu. “Surround yourself with positivity,” she says. “It’s kind of a general life lesson, but it’s especially applicable here.”

Make a serious commitment—and don’t give up

What keeps people motivated is very individualistic, says Wu, and people need to find the inspiration that works for them. “One of the reasons I have a piano teacher is that I will quit and use my time for something else if I’m not being pushed every week,” she says.

Some research shows that telling friends and family about a new goal can also help keep you motivated, she says. If you can afford it, spending money on a new pursuit—pre-paying for tennis lessons and a fancy new racket, for example, or booking a trip to Rome to practice your Italian—might also make it harder to throw in the towel.

Learn more than one thing at once

“Because our time is so valuable, we tend to zero in on one hobby or one skill we want to get better at,” says Wu. But dividing that time and energy into three or four areas will “stretch your brain in all different directions,” she says.

That doesn’t mean you should start four new challenges all at once, though. “Maybe you started learning a new language in 2016, and this year you add singing lessons, and next year you try something else,” she says. “You can add things gradually based on what you can handle.”

Strive for a variety of activities, as well. “If you try new things in different domains—one related to physical activity, one related to music, and another one artistic, for example—you might be stretching your brain more effectively than if you were learning how to paint, sculpt, and draw.”

Wu says the idea that these six strategies can counteract cognitive decline still needs to be tested with scientific studies. But she says her theory is based on five decades of research, and she’s optimistic about what study results will reveal.

She also acknowledges that spending time and money on learning is a luxury that not everyone has, especially when we’re rewarded—by our jobs, other people, and our own egos—for doing what we’re already good at.

“I think the first step is being aware that this kind of living may be advantageous to you in the short term, but detrimental in the long run,” she says. “The second step is finding ways to work some variety, some new skill, into your daily life. Even just 10 minutes is better than nothing.”