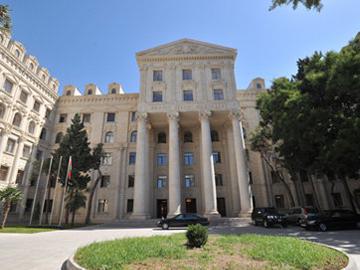 Azerbaijani citizens detained in Iran Khalida Khalid and Shamkhal Huseynov have been handed over to the Azerbaijani embassy in Tehran.
It was stated by Spokesperson for the Foreign Ministry of Azerbaijan Elman Abdullayev.

They are expected to return the country soon, he said.

Azerbaijani writer and researcher Khalid Khalid was arrested in Tabriz by Ministry of Information, Security and Intelligence of Iran (ETTELAAT) on 30 April.

At the time of arrest she was in the house of local Azeri activist Mohammed (Okhtay) Rashidi.

Shamkhal Huseynov, an assistant to Khalid, was also reported to be arrested.