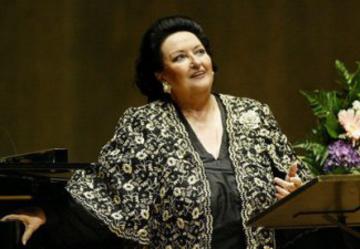 World-famous opera singer Montserrat Caballe visited the occupied lands of Azerbaijan on 4 June.
As part of her visit the singer met with leaders of the break-away regime, Armenian media reports say.

Earlier, Armenian media reported that the singer will perform a concert in Khankandi, 1news.az reports.

In its turn, Foreign Ministry of Azerbaijan announced that it probes the reports about Caballe’s concert in Khankandi.

Caballe, singer in the style of bel canto, became famous for performance of classics - Rossini, Bellini and Donizetti.

She became famous in 1965 when Marilyn Horne saw her to perform Lucrezia Borgia party in the opera by Gaetano Donizetti. Caballe is known to fans of rock music for collaborative album ‘Barcelona’ with Freddie Mercury.