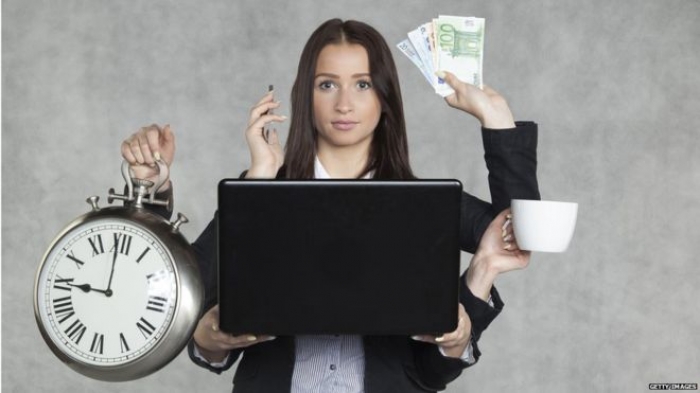 Using money to free-up time is linked to increased happiness, a study says.

In an experiment, individuals reported greater happiness if they used £30 ($40) to save time - such as by paying for chores to be done - rather than spending the money on material goods.

Psychologists say stress over lack of time causes lower well-being and contributes to anxiety and insomnia.
Yet, they say even the very wealthy are often reluctant to pay people to do the jobs they dislike.


"In a series of surveys we find that people who spend money to buy themselves more free time are happier - that is they have higher life satisfaction," said Dr Elizabeth Dunn, a psychologist professor at the University of British Columbia, Canada.

Rising incomes in many countries has led to a new phenomenon. From Germany to the US, people report "time famine", where they get stressed over the daily demands on their time.

Psychologists in the US, Canada and the Netherlands set out to test whether money can increase happiness levels by freeing up time.

More than 6,000 adults in the US, Canada, Denmark and the Netherlands, including 800 millionaires, were asked questions about how much money they spent on buying time.

The researchers found that fewer than a third of individuals spent money to buy themselves time each month.

Those who did reported greater life satisfaction than the others.

The researchers then devised a two-week experiment among 60 working adults in Vancouver, Canada.

On one weekend, participants were asked to spend £30 ($40) on a purchase that would save them time. They did things like buying lunches to be delivered to work, paying neighbourhood children to run errands for them, or paying for cleaning services.

On the other weekend, they were told to spend the windfall on material goods. Material purchases included wine, clothes and books.

The research, published in the journal, Proceedings of the National Academy of Sciences, found time saving compared with material purchases increased happiness by reducing feelings of time stress.

"And so my take home message is, 'think about it, is there something you hate doing that fills you with dread and could you pay somebody else to do that for you?' If so, then science says that's a pretty good use of money.''

The psychologists say the study may help those who feel obliged to do a "second shift" of household chores when they come home from work.
"I think our work perhaps provides an escape route out of the second shift," Prof Dunn added.