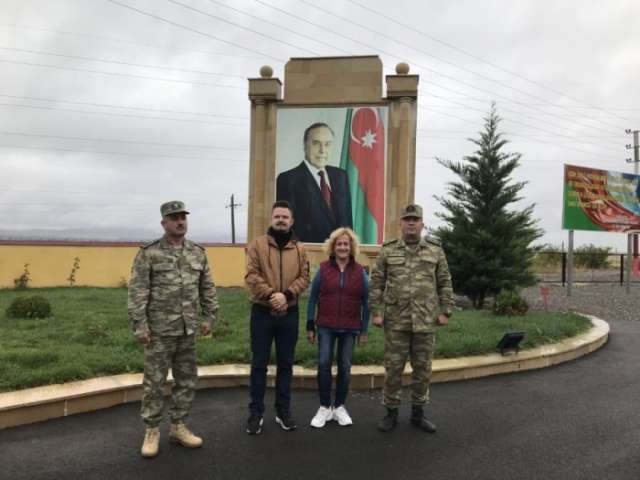 Several months ago, I had the honor to be invited to Azerbaijan to witness the ongoing development of a former USSR satellite, now working of its 25-year-old independence. I was impressed by what I saw but, in all fairness, knew that I did not complete my reportage. On my first visit I encounter much formality and saw what my guests wanted me to see. This time, I am here to report what I wanted to see and tell about the daily life of the Azerbaijani people and what I taking place in a country that is building its international recognition.
So here I am again in Azerbaijan to tell, in all fairness and honesty, what I see, sense, smell and think.

Summary of the Conflict

The entire base of the conflict could be summed in ethnic groups and their ability to coexist, much influenced by Armenia’s claim to territory its integrity is clearly with Azerbaijan.

Full-scale fighting erupted in the late winter of 1992. In the spring of 1993, Armenian forces captured regions outside the enclave itself, threatening the involvement of other countries in the region. By the end of the war in 1994, the Armenians were in full control of the enclave, with the exception of the Shahumyan Region, in addition to surrounding areas of Azerbaijan proper, most notably the Lachin Corridor, a mountain pass that links Nagorno-Karabakh with mainland Armenia. A Russian-brokered ceasefire was signed in May 1994, but regular peace talks between Armenia and Azerbaijan mediated by the OSCE Minsk Group (The Minsk Group) is headed by a co-chairmanship of France, Russia and the United States. The Minsk Group, also includes the following participating states: Belarus, Germany, Italy, Portugal, the Netherlands, Sweden, Finland, Turkey as well as Armenia and Azerbaijan, has failed to result in a peace treaty.

The invasion of Armenia was one sided. At that time, Azerbaijan was adjusting to its brand-new independence and its military was in its nascent stages. The military was not fully ready for its job to protect Azerbaijani land. The result, they ended losing a hefty chunk of Azerbaijan’s contiguous integral territorial land. That is a sore point for people who love their land, their history in the land and more so, land they should have not lost. They want it back and not necessarily under their terms, willing to negotiate and make concessions so long as they can return to their homeland. But Armenia has developed a belligerent and deafly attitude to any rational negotiations. At the armistice frontier line of contact bullets are shot by the Armenian forces daily and skirmishes are ubiquitous.

A country in the clutches of a quarrelsome neighbor

Azerbaijan, a majority Moslems country, is a peace-loving country that accommodates, in a remarkable coexistence, many ethnic and religion groups. As a Jewess who has been witnessing and is constantly witnessing the toil of hate Moslems show toward the Jewish state, Israel and in general Moslem societies’ intolerance, I am taken aback by such coexistence accomplishment in a Moslem ruled country.

To the contrary, Armenia is seeking to prolonged the conflict and constantly agitates its neighbor in attempt to escalate the fighting. For instant, in 2016 a ‘standard’ skirmish, started by the Armenian, took two days to end, in which 21 Azerbaijani soldiers lost their life but Azerbaijan managed to take back a strategic hill point and by that being able to secure the safe return of Internally Displace People (IDP) to their destroyed village, Jojug Marjanli. 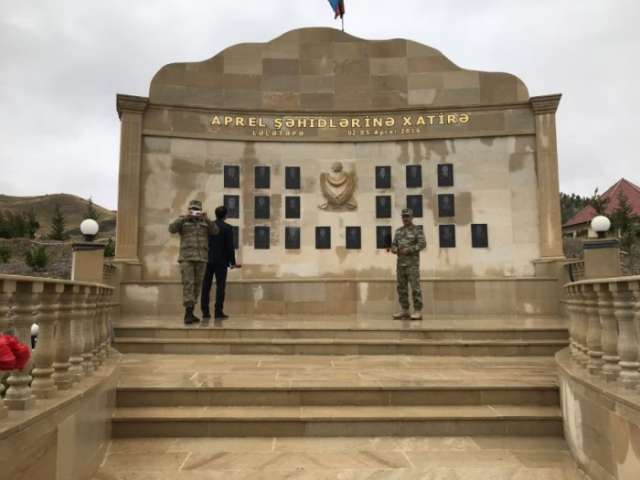 Cocuq Mərcanlı is a village in the Jabrayil District of Azerbaijan. In 1993, in the course of the Nagorno-Karabakh War, the Armenian army managed to push Azerbaijani forces out of the village after gaining control of the nearby hills. It remained under Armenian control for four months during which it was completely razed. Having failed to maintain control of the village, the Armenians retracted to the nearby hills. Çocuq Mərcanlı turned into a no man's land and its population never returned out of fear of shelling, with the exception of one family who remained on the land, no matter what. 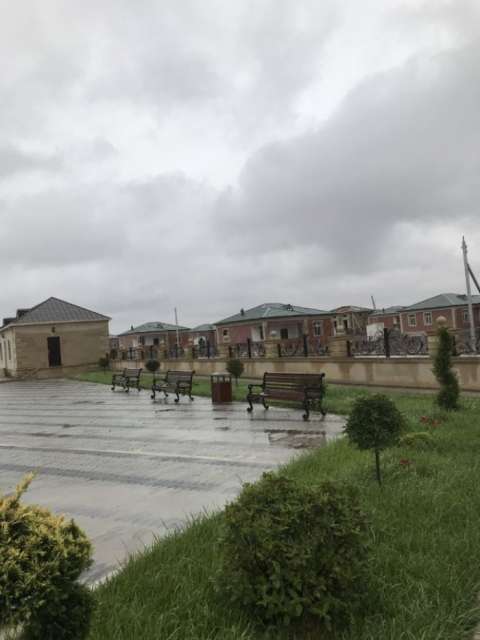 Homes in Jojug Marjanli village for the return of the displaced, 50 built, 100 in building process, application for more are coming in fast. 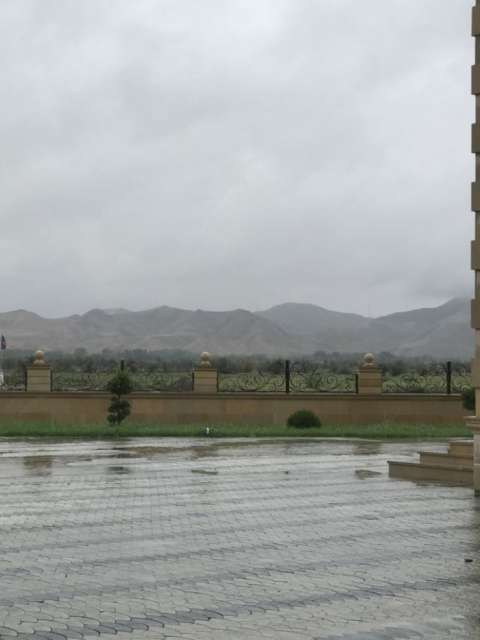 Seen from the village's brand new mosque, Iran's mountain border is 1 mile away

During the 2016 Armenian–Azerbaijani clashes, Azerbaijani troops regained control over the strategic Lalatapa hill, located 2.9 kilometers (1.8 mi) north-west of the village. That shifted Çocuq Mərcanlı away from the immediate front line and allowed safe access to the village. On 7 April 2016, internally displaced persons from Çocuq Mərcanlı visited their home village for the first time in 23 years. In January 2017, Azerbaijan decided to invest 2 million euros into rebuilding the village, with an initial plan of paving a road and construction of 50 houses, school, medical clinic and other required amenities. At present, 100 more housing units are being built to receive 100 more families.

Çocuq Mərcanlı, aslo Jojug Marjanli is currently the only village of the Jabrayil District effectively controlled by the Azerbaijani army.
My visit to Çocuq Mərcanlı, accompanied by Azerbaijani military personal, where I met with the first IDP who returned to their ancestral village was impressive.

For starter, the people have a roof over their heads, running water, food and much hope. That is a very good start. The surrounding agriculture land is full of landmines the Armenians managed to systematically put in the ground. Now the Azerbaijanis are busy doing the tedious and dangerous cleaning up of the land of the hidden imbedded in the ground bombs so that land, once fertile agriculture land can go back to its best use, produce food. 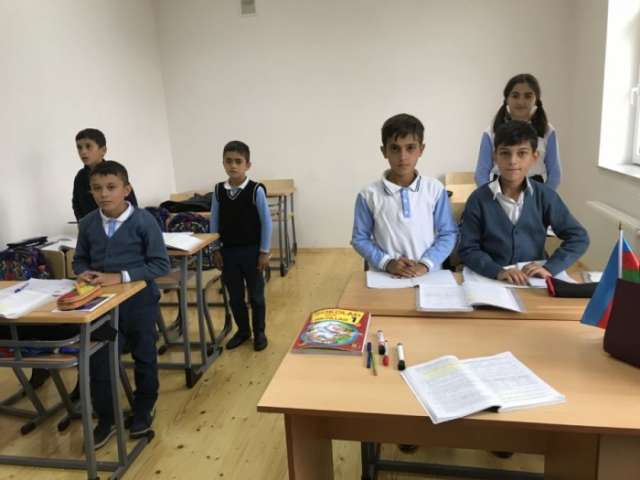 At the Cocuq Mercanli village new school, small class but more students are soon to join 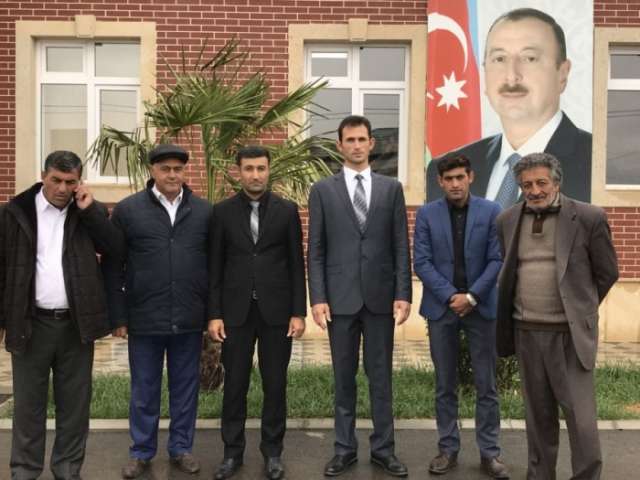 These are the officials who manage Jojug Marjanli village in front of the school building, president Ilham Aliyev, who gifted them the school behind

From the village I was escorted to the nearby army encampment surrounded by guards and protective soil hills, at 1-kilometer distance from the Iranian border and at 500 meters distance from the line of contact with Armenia. I was told that if I tried getting closer to the line of contact I might be shot at. That is how fast to happy pull the trigger the Armenians are. 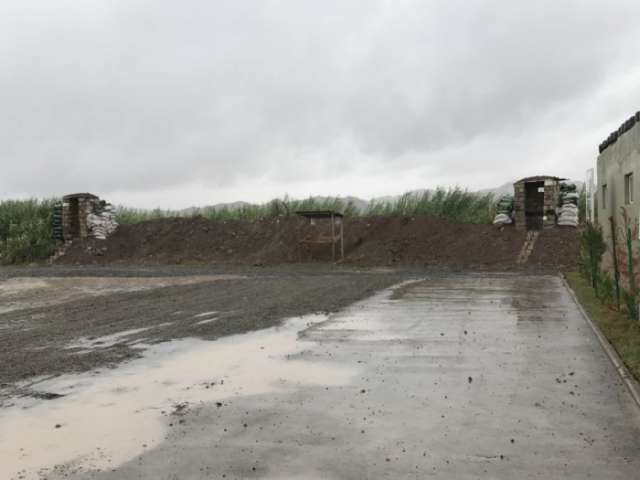 Near Cocuq Mercanli village are the military post guards' posts

Speaking with the military personnel who accompanied me I threw at them force right questions such as, “what is the solution? How to bring about an end to such unfortunate and senseless tension and ongoing armed skirmishes?”

I could sense the anger. Why? Because the Azerbaijani military is now strong and ready, what it was not in 1993. They are angry that they could not protect the people as they can do now.

There are four United Nations Security Council (UNSC) resolutions demanding of Armenia to withdraw its troop from Azerbaijan’s territory. Well, first rule, do not rely on the UN; this organization is good at speaking, it is a total failure to carrying out its job. It will not solve your problem you will have to do it. It will not solve this conflict and since Azerbaijanis are eager to solve it, it is in their hands and actions to solve it.

Though the Minks Group recognize the integrity of Azerbaijan to its occupied by Armenia land, this powerful group has not embarked on putting sufficient pressure on Armenia to abide by the UNSC binding resolution and withdraw its troops. That is what the Azerbaijanis would love to see. Pressure Armenia enough to it withdraws.

Azerbaijan, a peace-loving country, would like to sit at the negotiations table with Armenia and arrive at a solution that will serve the displaced people of both nations and serve the two countries as a whole. Armenia is not interested in logic, rather in confrontation.

However, if all fails, I am told that only war will resolve this conflict, a war that will return every piece of land that belongs to Azerbaijan to it rightful owner and then there will be peaceful progress.

At the south-west part of Azerbaijan there are glimpses of hope. I saw a shining ray of hope in the faces of the district manager, the village mayoral supervisor, the school headmaster and the military. They are starting life again where, to them and their ancestors is homeland.

I personally strongly suggest a strong and invincible Azerbaijan that has all the necessary deterrence tools to push back its enemy, Armenia. I pray for a peaceful end of a baseless, senseless conflict, soonest.