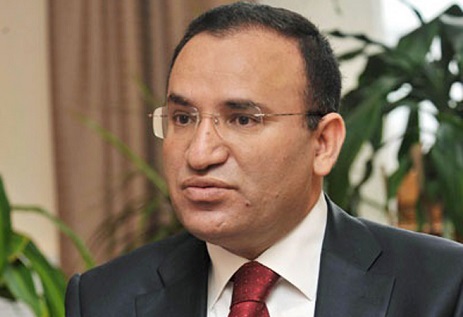 Earlier it was reported that the Justice Minister Bekir Bozdag, Interior Minister Efkan Ala and the Minister of Transport, Maritime and Communications Elvan Lutfi will resign on March 6.

Kenan Ipek will be the justice minister, Sebahattin Ozturk – the interior minister, and Ferudin Bilgin – the minister of transport, maritime and communications.

The resignation of the three ministers is due to the parliamentary election to be held in Turkey on June 7.

Representatives of 31 political parties will participate in the parliamentary election in Turkey.

Earlier, it was reported that over 70 current MPs from the ruling Justice and Development Party of Turkey will not be able to take part in 2015 parliamentary election.

This decision was taken in accordance with the internal regulations, according to which MPs from the party have no right to be elected to the parliament for more than three terms.

The following well-known representatives of the Justice and Development Party will not be able to participate in the 2015 parliamentary election: deputy prime ministers Bulent Arinc, Besir Atalay and Ali Babacan, Minister of Justice Bekir Bozdag, deputy head of the party Huseyin Celik, Minister of Energy and Natural Resources Taner Yildiz and Foreign Minister Mevlut Cavusoglu.