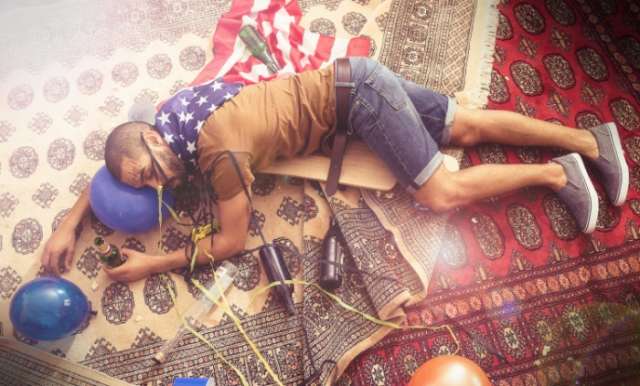 The clock is ticking down New Year's Eve, and everyone is planning where they'll be for their Champagne cheers at midnight.

But what are you doing to prevent your night of revelry from turning into a morning filled with a head-splitting, stomach-turning hangover?

There's no cure for a hangover, but there are plenty of things you can do to prevent one from occurring.
"The bottom line is hydration, hydration, hydration," said Petros Levounis, chairman of the department of psychiatry at Rutgers New Jersey Medical School and a board-certified addiction psychiatrist. "Don't drink as much and keep yourself hydrated as best you can."

And if you read this article too late? Well, we've got some tips for you to ease your pain in 2018.

The best way to prevent a hangover is to limit how much you drink. Dietary guidelines recommend one alcoholic beverage or less per day for women and two drinks or fewer for men, said Jennifer Bridenbaugh, a professor of nutrition sciences at Rutgers University.

Experts warn people to be cautious if they are going to drink more than the guidelines. People may confuse a "bad hangover" with alcohol poisoning — a condition that can be life-threatening, Bridenbaugh said.

And a person who doesn't drink often is more likely to end up with alcohol poisoning because they don't have the physiological tolerance that a heavier drinker might have, Levounis said.

"That is where we see most of the disasters at New Year's time," he said. "The people we see in emergency rooms this time of year are not the alcoholics, not the people who suffer from alcohol abuse disorder, but the garden variety young person who went out celebrating and didn't think twice about it and ended up with very high blood alcohol level, which can kill you."

2. Drink something that only looks like a cocktail. Say you're out with that friend, who just won't let you pass without a drink in your hand. There's no reason why your fellow revelers have to know that there's no alcohol in your cocktail.

"One of the oldest tricks is sparkling water with a lime that tends to look like a gin and tonic," Levounis said.

The same holds true for non-alcoholic beers, juices or sodas.

3. Add water. New Year's Eve celebrations can make for a long night. Drinking only alcohol for hours on end is a sure way to end up doing harm to your body.

Levounis suggests mixing non-alcoholic drinks in between your cocktails. Drinking water or soda in between alcohol will slow down your alcohol consumption. It could also have a placebo effect, tricking your brain to think you drank more than you actually did.

It also hydrates you, helping to ward off a hangover the next day.

4. Avoid caffeine with your alcohol. Mixing caffeine with alcohol can be trouble on two counts, Levounis said. The caffeine has a diuretic effect, which exacerbates the dehydration you'll already likely experiencing from the alcohol.

What's worse is the caffeine masks the impact alcohol is having on your body. With alcohol alone, your body becomes sedated, you lose concentration and motor function, Levounis said.

The caffeine makes you think you can drink more than your body would normally tolerate. 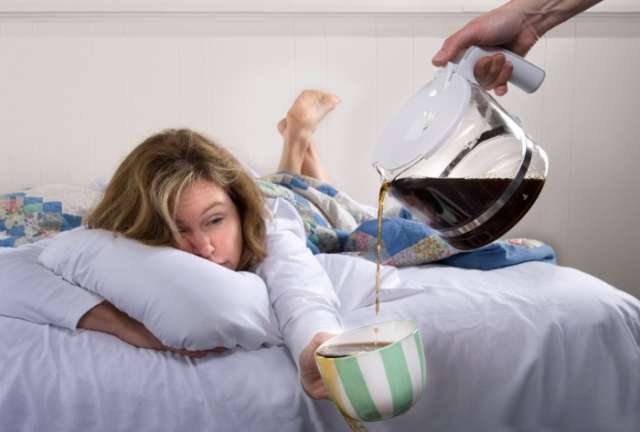 So you didn't listen to us

If you skipped straight to this part of the story welcome to the (not so) wonderful world of hangovers.

What's likely hitting you hardest right now is alcohol withdrawal, one of the main reasons you feel terrible after a night of drinking. There's no "cure" for a hangover, but there are some steps you can take to ease your pain.

5. Add more water. Hydration is key to recover from a hangover, Levounis said. Dehydration from alcohol causes an electrolyte imbalance, part of the reason you feel terrible the morning after a night of excessive drinking.

Electrolyte drinks like Pedialyte aren't the only option for hydration, Levounis said. Juice, water and soda work just as well, he said.

6. Avoid the “hair of the dog.” Drinking a bit of alcohol after waking up with a hangover may ease symptoms slightly, but the benefits are only temporary and can lead to longer-term alcohol issues, said Brooks Powell, who created Thrive+, a nutrition supplement for people who drink alcohol, while he was a sophomore at Princeton University.

The only way truly recover from a hangover is to allow your liver to process and clear the toxins, Powell said.

" 'Hair of the dog' is refusing to rip the Band-Aid off. You're just buying yourself time," he said. "Also, that's how addiction starts."

"The vast majority are straight up snake oil," said Powell.

Powell said his company's product is based on scientific research he found while studying at Princeton that shows an extract from the Japanese raisin tree that boosts the liver's ability to process toxins like alcohol.

The product, which combines that extract with amino acids, is sold now as a vitamin, but Powell said the company is seeking FDA-approval to be used as a drug to treat alcoholism.

8. Rest. The symptoms of hangovers are exacerbated by lack of rest, said Bridenbaugh. Get some sleep to allow your body to recover.

The original article was published in USATODAY.com.