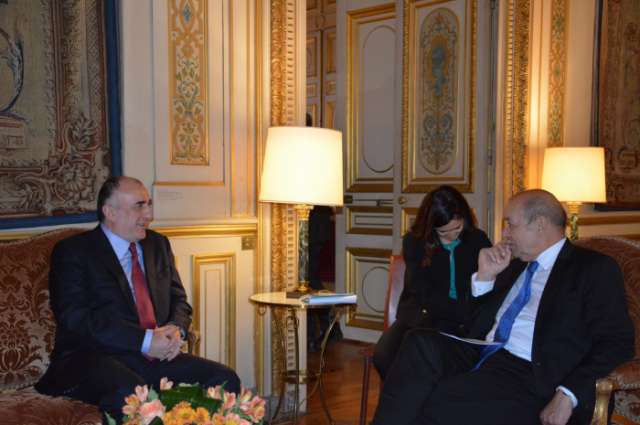 Discussions were held during the working visit of the Foreign Minister of Azerbaijan to France.

The sides expressed satisfaction with the development of bilateral relations, underlined the importance of high-level visits for further deepening of political ties.
The Foreign Minister briefed his colleague on the latest status of the negotiation process on the Nagorno-Karabakh conflict.

The Ministers expressed their satisfaction with the development of relations between the countries in the economic sphere and stressed the importance of intensifying joint efforts aimed at increasing the trade turnover between Azerbaijan and France.

Elmar Mammadyarov noted that more than 50 French companies operate in Azerbaijan. "France is represented in the oil and gas sector of Azerbaijan by such companies as “Total Fina Elf”, “Total E&P Absheron” and “GDF Suez E&P””, he said.

Also a wide exchange of views was held on issues of cooperation in the humanitarian sphere, expansion of the legal framework and issues of mutual interest.