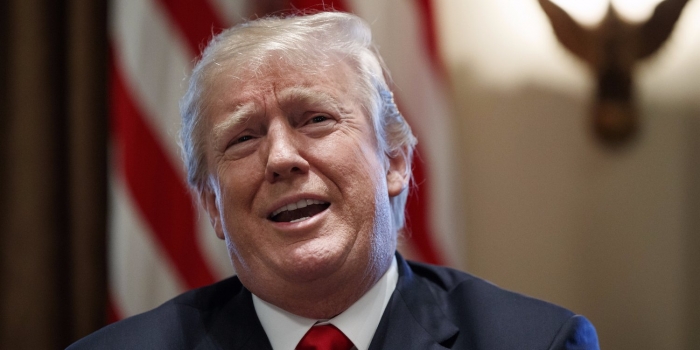 Much like the secret infrastructure of money and power that makes the world go round, the Swiss Alps were imposing but nearly invisible as the world’s financial, political and intellectual leaders gathered in Davos. An epic 6-ft. the snowstorm had snarled the Jan. 22 opening of the World Economic Forum. The bestowing of humanitarian awards on Cate Blanchett and Elton John had to be delayed by half an hour as the world’s VIPs slipped and slid and simmered in hours of stopped traffic.

By week’s end, Donald Trump would be joining the gathering–a neat symbol of his ingestion by the globalist class. A year ago, this group had been mortified by Trump’s election and the rise of populism around the world. But the destabilizing President who once seemed like an existential threat now seems more like a harmless diversion. A year after Trump’s election raised the prospect of revolution, the elites have regained their confidence. The revolt had been put down, stock markets are up, and globalism is making a comeback.

“The phenomenon of Trump is no longer interesting to people,” said Timothy Snyder, a Yale historian whose book about tyranny Trump helped send shooting up the best-seller list. Over his shoulder, I spotted former U.S. Secretary of State John Kerry entering the reception we were attending. “A year ago, everyone thought Trump was just fascinating,” Snyder added. “I spend a lot of my life in Europe, and what I see is that the Europeans have moved on. America no longer matters.”

Trump may be the most important person in the world, and in Washington, his Administration is an engine of outrage and convulsion. But he was hardly the central topic of conversation in Davos. The globalists, it seemed, had more important things to discuss. Things like connectivity and artificial intelligence and inclusive growth. The plight of refugees and how to address global pandemics and “drones for all.”

Trump may represent the antithesis of everything the Davos crowd holds dear. But on the other hand, that crowd is making a lot of money these days. “It’s been a very economically successful year,” said Sami Sagol, an Israeli businessman and philanthropist who was seated at the health bar, where a variety of natural juices were available. “I didn’t expect it, but he’s been successful, and this must be celebrated.”

If anything, the globalists seemed inclined to view Trump, who was scheduled to arrive on Jan. 25 and give a speech the following day, with benign tolerance. Dialogue is one of their cardinal virtues, and most seemed determined to give Trump a hearing. “I don’t agree with Trump, but I believe in listening to people you disagree with,” said Steven Pinker, the Harvard psychologist and best-selling author. Trump’s “America first” vision, he said, was “horrifying,” and his derision of expertise and multilateralism was “childish.” Pinker’s forthcoming book argues that despite pervasive gloom and negativity, the world is getting better in many ways–an ineluctable trajectory of progress that Trump is powerless to impede.

“We know what he’s probably going to say,” Pinker mused with the air of a man who could hardly care less. “‘Davos Man, screw you.'”

It’s not a mystery why most people want to be at Davos. The conference, now in its 48th year, symbolizes the pinnacle of wealth and status. Attendees pay tens of thousands of dollars for the privilege of mingling with their transnational peers, gliding among the glittering parties and exhibits sponsored by various countries and corporations and foundations.

The political scientist Samuel Huntington coined the archetype “Davos Man” to symbolize the “emerging global superclass.” It wasn’t a compliment; his essay on this trope was titled “Dead Souls.” The rootless, denationalized elites, he argued, were out of touch with ordinary people’s yearning for tradition and community. It was this theme that Trump’s onetime strategist Stephen Bannon invoked when he said Trump’s enemies were “the party of Davos.”

In this vision, the people gathered were the problem, a condescending cabal that sought to impose its homogenizing will on the world. Trump’s election was the capstone of a populist wave that saw Britain reject the E.U. in the Brexit vote and far-right parties rise across Europe. The humble folk, Bannon argued, had risen up to reject the intelligentsia’s vision of a sophisticated, deracinated, borderless technological future. In a pointed snub, Trump forbade his transition team from setting foot in Davos last year (though Anthony Scaramucci showed up to defend the President-elect). As a result, the summit had a haunted, cowed feeling. “Last year was panic mode–a sense of ‘They’re coming after us,'” Jan-Werner Müller, a Princeton political scientist, told me.

But a year has passed, and the world has not fallen apart. Trump hasn’t started a trade war or a nuclear war; the world economy is booming, and America’s corporations just got an enormous tax cut. “I think we have stopped the threat of populism in Europe,” a Scandinavian CEO told me, pointing to recent elections in France, the Netherlands and Germany.

Jimmy Wales, the founder of Wikipedia, made it through the storm to attend the first night’s dinners and parties. It was true, he reflected, that the world has seen a troubling rise in “politicians gaining power by fomenting hatred” and voters seeking to reject internationalism. “But I don’t think it will last,” he told me. “We’re one small planet, and I hope we can get through this without too much bloodshed.”

In the end, Trump’s behavior was reassuringly understandable: like everyone else, he just wanted to attend Davos. Davos Man has regained his confidence, and the globalist project can proceed as scheduled–as soon as the snow is plowed and the helicopters are cleared to land, that is.

And yet a shadow persists. The highlight of last year’s summit was a speech by Chinese President Xi Jinping, who earned ardent applause for his rousing defense of globalization. With the U.S. receding from the world, China has raced to fill the vacuum, a development with troubling implications. “If you’re American now, you have to answer the question,” says Snyder, the Yale historian. “Why is democracy a good idea if it brings you to this?” What good is democracy, the world wants to know, if the result is Trump?

By the third day of the forum, the sun was out, the streets (and helipads) had cleared and the U.S. government had reopened, at least temporarily. Only the usual happy-hour limousine jam threatened to impede the festivities–that and the “gassy stink bomb” that some in Trump’s orbit were reportedly urging him to unleash.

Ironically, the U.S. was once the inspiration for the World Economic Forum: its founder, a German intellectual named Klaus Schwab, was an evangelist of American management techniques who feared that Europe would be left behind by the global economy of the 1970s. If the rest of the world now views the U.S. as less role model than sideshow, that leaves Americans with no small amount of angst.

“I brought my pussy hat, but unfortunately I have to go back to Paris on Thursday,” lamented Sarah François-Poncet, a New York City–based fashion executive. She was trying to find someone else who would wear the protest gear at Trump’s speech. “It’s going to be nonsense, and the next day he’ll tweet something crazy,” she predicted.

The world’s elite may have the luxury of ignoring Trump, but for American liberals he is still a daily nightmare. Some U.S. delegates at Davos told me they were embarrassed to say where they’re from. “I travel, and people are laughing at us,” said Victoria Pender, a Berkeley-based consultant. “I’ve started telling people I identify as a Californian instead.”

The global order is a self-sustaining organism, and in the era of Trump, it has found a way to adapt. Rather than take on the populist enemy as such, the Davos class has sought to co-opt and analyze it, to surround it with well-meaning concern, to engage it in a productive discussion. It was this that Davos’ perpetually hopeful attendees were seeking from their American interloper. “It’s good to have a dialogue,” a Dutch health care executive in fashionable glasses said when asked about Trump. “We talk here about collaboration and cooperation.” Perhaps, he thought, Trump might play against type and embrace those goals.

Others were less optimistic. “I once said that I thought if I could spend 24 hours in a room with Saddam Hussein, I could find the humanity in him,” said Matthieu Ricard, a Buddhist monk clad in red and orange robes. A Frenchman with a Ph.D. in genetics, he lives at a monastery in Nepal and writes books on happiness. “With most people, you can get through the armor to some kind of soft spot, but with Trump it seems difficult. There is some kind of deep self-centeredness.” As for what Trump might say in his speech, Ricard laughed, saying, “I don’t think he’s coming to say he was wrong.”

Would Trump seek to flatter or affront the globalists? Ultimately, few seemed to care. “He’s either coming because of his vanity, or he’s coming to pick a fight,” a London-based consulting executive said. “Or both, I suppose.” Davos Man was ready to carry on in any case. The projected end of his empire had turned out to be a false alarm. Last year’s panic had passed. The little people had gotten the nastiness out of their systems and were ready, once again, to be ruled by their betters, it seemed.

Davos welcomes the powerful, whatever their creed. In the past, the gathering has hosted decidedly nonenlightened leaders like the Iranian President. “I don’t think Trump coming here is anything special,” Eyal Gura, an Israeli investor, told me. “You have hundreds of other world leaders here, including nondemocratic leaders, people who violate human rights and so on.” There was a sudden commotion behind us as the Prime Minister of India emerged from the hall where he had been speaking, trailed by a crowd of cameras.

Molly Ball is a National Political Correspondent for TIME.

The original article was published in TIME.