11 Fake foods you eat all the time 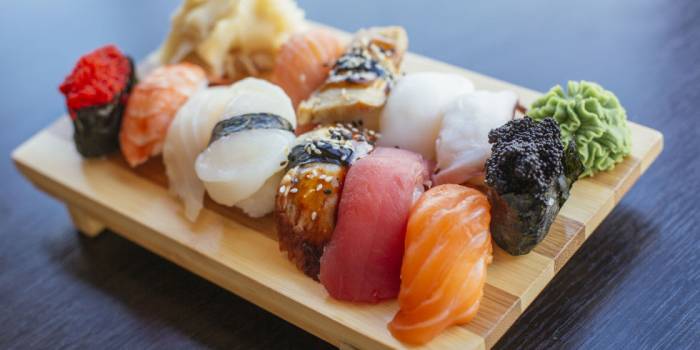 If you pick up a block of Parmesan cheese at the grocery store, you assume it's the good stuff, preferably from Italy. But many times it's mixed with cheaper cheeses and sometimes wood pulp. (Now that's something to chew on!) Larry Olmsted calls out these frauds in his book Real Food/Fake Food. Here are the biggest offenders:

If you brew your own pot at home, buy your beans whole, not ground. Ground coffee often contains additives, such as wheat, barley, and even twigs (crunchy!), because it's cheaper and harder to tell the difference in the bag.

Tea seems like such a wholesome drink, but some varieties are mixed with other leaves and sometimes even sawdust to make it last longer, Olmsted says.

If you order a spicy salmon roll, chances are that's not what you're getting. Oceana, a nonprofit marine conservation group, found that 100 percent of the seafood it tested at sushi restaurants in New York was not the fish it was claimed to be.

Red snapper and grouper are almost always fake because they're expensive, Olmsted says. Some of the fish sold as grouper couldn’t be identified when tested. Ew.

There's no use splurging on the good stuff. Even though it's marketed as “pure,” EVOO is often stripped of many nutrients and diluted with peanut or soybean oil, which are cheaper.

The Parmesan on shelves in the U.S. is far cry from the authentic Italian kind. A recent FDA study found it tends to be cut with less expensive cheese and sometimes even wood pulp.

Here’s a not-so-sweet secret: There aren't regulations on what gets called honey. Some companies mix it with high-fructose corn syrup, so make sure you read all the ingredients.

You've probably heard sparkling wine can't be called Champagne unless it comes from the Champagne region of France. But that doesn't stop companies from being deceptive. André still claims to be Champagne, but that bottle of booze comes from California, not France.

The USDA is very strict about Kobe beef imports. Just 10 companies are allowed to sell the meat in the U.S. So chances are, you aren't getting the real stuff.

Just because a container says “pomegranate juice” doesn’t mean it only contains the one fruit. In many instances, expensive juices are mixed with cheaper ones (like apple) to cut costs, so check the label every time. If it doesn’t list percentages, don’t buy it.

This article appeared on webmd.com.