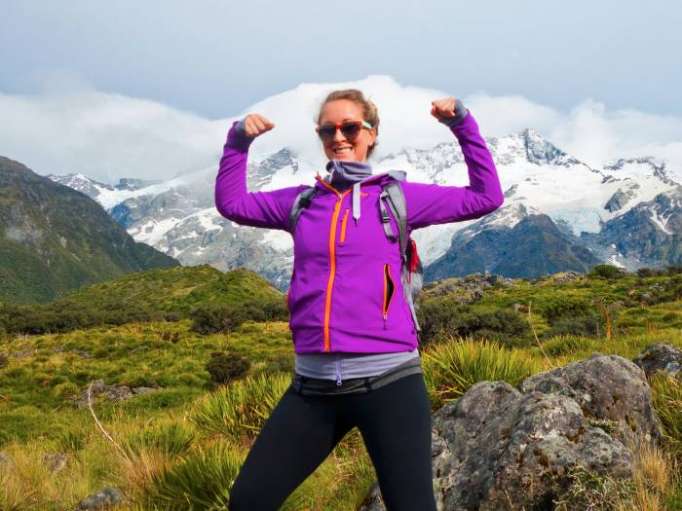 In a world dominated by celebrity fad diets that range from absurd, like Reese Witherspoon's alleged "baby-food diet," to absurdly unaffordable, such as the $200 "moon dust"-infused smoothie that Gwyneth Paltrow drinks, many people don't believe there's a single best diet for your health.

But a growing body of evidencesuggests that a plant-based diet — which focuses on vegetables while incorporating whole grains and lean proteins — reigns supreme. It's been found to be ideal for losing weight, staying lean, and keeping the mind sharp.

Plant-based diets are "good for the environment, your heart, your weight, and your overall health," according to US News and World Report's most recent report on the best eating plans.

Such diets come in many forms, but recent research — including a new preliminary studypresented at the American Stroke Association's International Stroke Conference — suggests that the best plans for protecting the brain from age-related cognitive decline are the Mediterranean diet and the MIND diet, a version of the Mediterranean plan that focuses on "brain-healthy" foods. 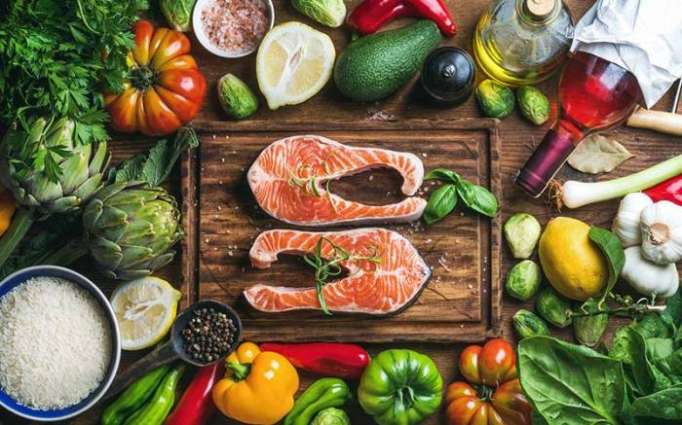 Mediterranean and MIND for the mind

The lastest preliminary study suggests that in people who've survived a stroke, the MIND diet may help slow cognitive decline that can follow the episode. Stroke survivors are twice as likely to develop dementia compared with the general population.

That builds on the findings of a study published last summer in the Journal of the American Geriatrics Society, in which researchers looked at data from close to 6,000 older adults who participated in a large study on health and retirement. First, they asked participants about their diet and the types of foods they ate or did not eat. Then they measured their memory and attention skills using reliable tests like word lists and backward counting exercises.

The researchers compared the participants' diets to how they performed on the cognitive tests. Those whose eating plans lined up with Mediterranean and MIND-style diets did significantly better than those on other types of diets did.

In fact, the more closely aligned their diets were with a Mediterranean-style plan, the lower their risk of scoring poorly on the brain tests.

"These findings lend support to the hypothesis that diet modification may be an important public health strategy to protect against neurodegeneration during aging," Claire McEvoy, the lead author of the paper and a nutritional epidemiologist at the University of California San Francisco, wrote in the paper.

older man elderly man jogging nature running exercise thinking outdoors Shutterstock
Researchers still aren't sure why these type of eating plans appear to be so beneficial for the brain, but they have some clues.

Both diets are rich in antioxidants and two types of healthy fat — monounsaturated and omega-3 fatty acids. Previous studies have found a link between these ingredients and a reduced risk of dementia as well as higher cognitive performance. And the green vegetables and berries emphasized in the MIND diet have been shown to help protect against progressive loss of the structure or function of brain cells. This loss, known as neurodegeneration, is a key characteristic of diseases like Parkinson's and Alzheimer's.

But plant-based diets aren't just good for the brain — they have key benefits for the body as well. 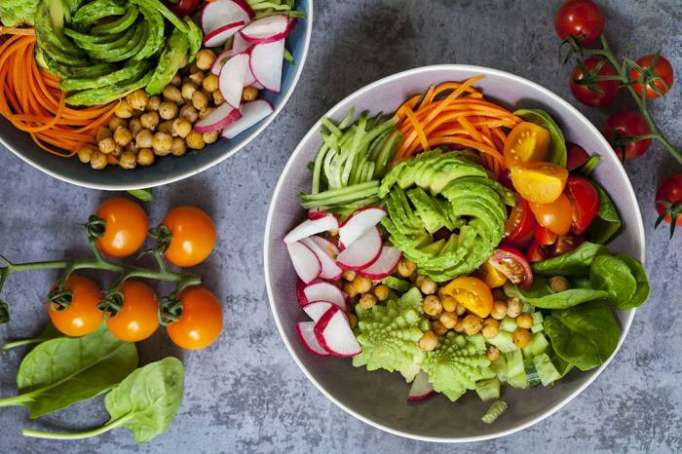 Why plant-based diets are good for the body

Cara Anselmo, a nutritionist and dietitian at New York's Memorial Sloan-Kettering Cancer Center, told Business Insider that she frequently advises her clients to ramp up their intake of plant-based foods and cut back on red meat and refined carbohydrates like white bread.

toast avocado tomato sandwich Flickr/Jennifer
To keep your energy levels up and help you feel healthy in the long term, your diet needs to feed more than your stomach, Anselmo told Business Insider. It has to satiate your muscles, which crave protein; your digestive system, which runs best with fiber; and your tissues and bones, which work optimally when they're getting vitamins from food.

This balance is also key to keeping you full after a meal and energized throughout the day so you don't feel the need to overeat, Nichola Whitehead, a registered dietitian with a private practice in the UK, told Business Insider.

"You need to have a balanced meal — things like whole grains, fiber, and vegetables — in order to sustain your blood sugar. Empty calories [like white bread or white rice] give a temporary fix," she said.

Plant-based diets also tend to reduce the risk of certain diseases including heart disease, diabetes, and some types of cancer.

"When you look at overall dietary patterns it's a more whole-foods, plant-based diet that tends to be healthier in terms of less disease risk," Anselmo said. "People get caught up in things like, 'Well, how much iron or Vitamin C does this have?' But the reality is that the whole foods are just going to naturally be higher in those things."

This article appeared on Business Insider.