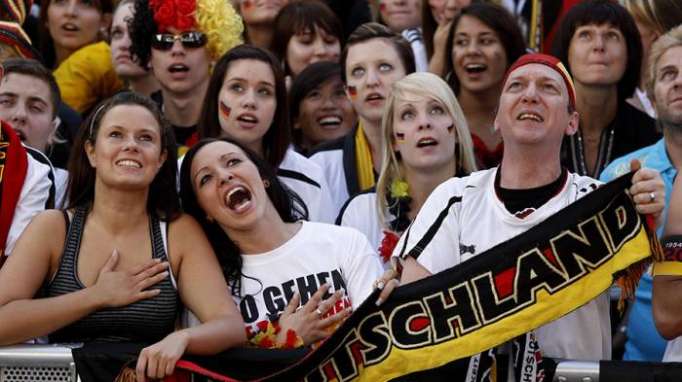 Germany might not be the "Fatherland" for much longer, as the country's equality boss reportedly wants to tweak the national anthem by removing any male-specific language in the pursuit of gender neutrality, RT reported.

The equality commissioner at the Family Ministry, Kristin Rose-Moehring, has called for the lyrics of Germany's national anthem to become more inclusive, German media reported Sunday, citing her letter sent to the ministry employees. Rose-Moehring reportedly wants to replace ‘Vaterland’ (Fatherland) with ‘Heimatland’ (Homeland), and replace the line ‘brotherly with heart and hand’ to ‘courageous with heart and hand.’

"Why don't we change our national anthem, the Deutschlandlied?" the commissioner reportedly wrote. "It wouldn't hurt, would it? And it fits with the new federal ministry for interior, construction and homeland." The proposal came as the Social Democrats members announced they backed the coalition with Angela Merkel’s CDU party, clearing the way for a new government.

In the meantime, rewording the lyrics didn’t seem like an urgent task to some politicians. “I could think of other topics that would be more important to women than changing the national anthem,” the CDU leader in Rhineland-Palatinate, Julia Klockner, tweeted.

Gotz Fromming of the right-wing AfD party called the proposal “presumptuous and uncultured.”“One cannot and should not simply change poetry,” he tweeted.

In the letter, Rose-Moehring referred to the example of neighboring Austria, which changed its anthem in 2012. In place of just “sons,” the lyrics now read “sons and daughters,” and “jubilant choirs” instead of “fraternal choirs.”

Most recently, ‘O Canada’ had a makeover after the Canadian Senate approved to amend the line: “in all thy sons command” to “in all of us command.”

The German anthem lyrics, authored by poet August Heinrich Hoffmann von Fallersleben and adopted in 1922, were cut down to the third stanza only after WWII and the end of Nazi rule. While the original first stanza opened with the now-infamous line "Deutschland, Deutschland über alles" (Germany above all), the second began with praise to German wine and women. The remaining, somewhat more tame bit, praises unity, justice and freedom.