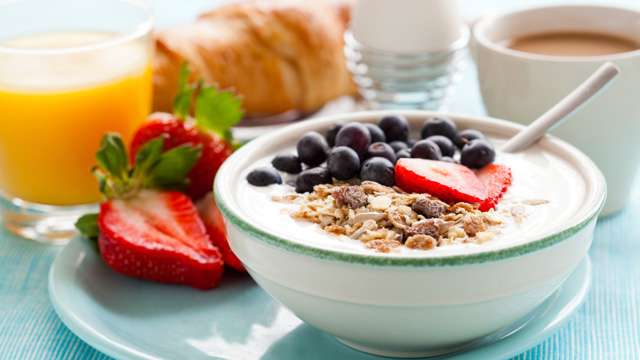 Your metabolism slows down as you age, right? And chilli can fire it up? Both wrong, says this expert.

Metabolism seems to cop a lot of misunderstanding. On one hand it’s blamed for weight gain, on the other it’s praised for “letting me eat whatever I want”. So what’s real? Here are 6 common metabolism misconceptions.

Put simply, metabolism is a process by which the body converts food into energy.

It’s commonly thought that people who gain weight easily have slower metabolism, when in fact it’s the complete opposite. If you had a truly “slow” metabolism, you wouldn’t get all of the available energy from the food and would actually lose weight!

According to Nutrition Scientist, Professor Tim Crowe, a much more relevant term – and this is what most people mean when they talk about metabolism – is metabolic rate. “Your basal metabolic rate is influenced by your body’s composition and muscle requires more energy to function than fat” explains Crowe. That’s why men, who typically have a higher muscle mass than women, will generally have a higher rate. Likewise, with overweight people as their bodies have to work harder to fuel a larger expanse of body mass.

Myth 2: Metabolism slows down as you age

Few things decline may with age – your memory, your height, your ability to run up a flight of stairs. But your metabolic rate doesn’t need to be one of them. The real reason why the metabolic rate slows down with age is due to a drop in hormone levels and with this you lose muscle. But if you keep up regular cardio and strength, treat yourself to lots of sleep, and eat a balanced diet then you’ll preserve muscles mass and maintain balanced hormones – both of which keep your you in tip-top shape.

Myth 3: Certain foods can fire up your metabolism

From caffeine to capsicum to chili, there are many foods that claim to boost metabolism and burn fat. However, most of these claims are unproven. Few studies have shown that green tea, caffeine or chili may have a small effect, however the questions is whether this effect remains long-term after ingestion.

True: eating sparingly can slow your metabolic rate. But missing the odd meal here and there has little to no effect. The real risk associated with meal-skipping is causing a build-up of hunger that leads to eating larger portions, and a larger waistline down the line.

The notion that eating smaller, more frequent meals speeds up the rate at which you burn calories is far from the truth. As long as the total calories you eat in an entire day stay the same (whether that’s six small meals vs three big meals), weight loss ultimately comes down to how much energy (calories) is consumed as a whole.

Can’t start your day without a hearty brekkie? Well, you’re on the right track to kickstart your energy and concentrate. But as for your metabolic rate - not so fast. The idea that your body needs a ‘boost’ from food when you wake up is completely unfounded. The role of breakfast is to, well, break the fast. A well-rounded meal of slow-burning carbs (like oats)and proteins (yoghurt or eggs) gives you sustainable fuel and vital nutrients to function at your peak. People who skip breakfast are more likely to get those mid-morning munchies and end up eating more calorie rich snacks later on.