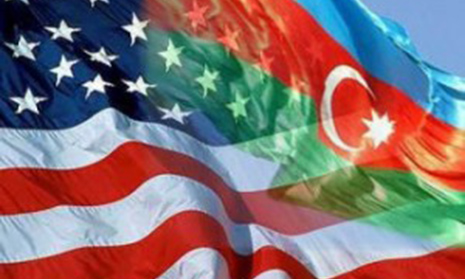 The following article is being released by Nasimi Aghayev, Consul General of Azerbaijan in Los Angeles

I was in Baku recently for the "U.S.-Azerbaijan Convention: Vision for Future", which brought together over 300 elected officials from the U.S., including senators and congressmen from Washington DC as well as state legislators and other elected officials from 42 states. The convention was a chance to reflect on how far the partnership has come and look forward to the future of this remarkable relationship.

The convention was also an opportunity for U.S. officials to meet their Azerbaijani counterparts on a grand scale, and to learn more about Azerbaijan - and its vital importance for America.

Sharing the same values as well as interests, the relationship is based on three key areas.

Firstly, Azerbaijan has made an invaluable contribution to America`s national security. It`s a reliable ally in a difficult region: located at the crossroads of East and West, Azerbaijan is a rare example of a secular, modern and progressive Muslim-majority country. It has been a steadfast ally in the fight against terrorism and has been supporting the international effort in Afghanistan. Azerbaijani soldiers have served there with distinction alongside U.S. forces, and the country is a crucial part of the transport corridor for the Afghan mission: around 40% of cargoes for Afghanistan transit Azerbaijani territory.

Additionally, Azerbaijan has been indispensable in supporting global energy security, a key policy of U.S. administrations for forty years. Azerbaijan has and will continue to be a reliable supplier of energy to Europe and the West. With the upcoming construction of a major gas pipeline to Europe, Azerbaijan will become key to developing a long-term and diverse energy supply for this continent.

Thirdly, Azerbaijan is a symbol of intercultural and interreligious harmony. As our Foreign Minister Elmar Mammadyarov said recently in Washington addressing the American Jewish Committee, Azerbaijan "enjoys a centuries-long tradition of peaceful co-existence among its Muslim, Christian and Jewish communities." Secretary of State John Kerry lauded this exemplary tolerance, noting Azerbaijan`s "commitment to fighting anti-Semitism and a commitment to diversity and pluralism."

However, guided by an unhealthy zero-sum mentality, one particular group in Washington has always been unhappy and envious about anything positive happening in U.S.-Azerbaijan relations. Since the very beginning of Azerbaijan`s independence, the Armenian lobby has conducted a comprehensive campaign in the nation`s capital to damage U.S.-Azerbaijan strategic partnership, undermine Azerbaijani interests and defend at all costs the illegal military occupation of 20% of Azerbaijan`s internationally recognized territory by Armenia – the occupation that was accompanied by massacres and total ethnic cleansing, leading to the forced expulsion of hundreds of thousands of Azerbaijanis from their native lands.

In trying to hurt Azerbaijan, the Armenian lobby has constantly harmed U.S. national interests: and it continues to do so today only following its own ethnocentric agenda without any regard for America`s core interests.

One vivid example has been Section 907 of the Freedom Support Act, which, passed in 1992 after intensive lobbying of Congress by Armenian pressure groups, bans any direct U.S. government aid to Azerbaijan. The absurdity of the section lies in the fact that it rewarded the aggressor and punished the victim. And it prevented the U.S. to help its ally during the difficult years of 1990s when such help was very much needed. Although Section 907 has been waived every year since 9/11, in recognition of Azerbaijan`s support in the fight against terrorism, its very existence is damaging, and therefore the full repeal of this unfair law is critical for U.S.-Azerbaijan relations. It is important for our friendship, and it is important for the sake of restoring justice.

Or take the case of Matthew Bryza, a skilled and highly esteemed diplomat with deep knowledge of the Caucasus, whose nomination to become America`s next ambassador to Azerbaijan was blocked in 2010 in the U.S. Senate under the influence of Armenian special-interest groups. This undermining of U.S. policy left a key post unoccupied for many months, and after serving for a year on a recess appointment, Bryza had to return to Washington last January and quit the U.S. Foreign Service: a serious loss for American diplomacy.

Armenian lobbying in Washington has also harmed America`s leadership in the peace process on the Armenia-Azerbaijan conflict. To date, Armenia refuses to withdraw its forces from the occupied regions of Azerbaijan - the first step of the peace plan drawn up by international mediators - in contravention of numerous U.N. Security Council resolutions.

The U.S. has both the capability and the motivation to persuade Armenia to withdraw its troops from Azerbaijan, enable the displaced population to return to their homes and begin building peace. Active engagement in the peace process by the U.S. is crucial to the success of this peace effort. So far it is missing. The Minsk Group, the primary international mediation body for this conflict, is still waiting for a permanent U.S. co-chair. It goes without saying that resolving this conflict is key to stability in an increasingly important part of the world, where the U.S. has so much at stake.

The Convention in Baku demonstrated how far the U.S.-Azerbaijan relationship has come - but U.S. interests and U.S. values would be far better served by strengthening this partnership even further, while disregarding any attempts to undermine it.