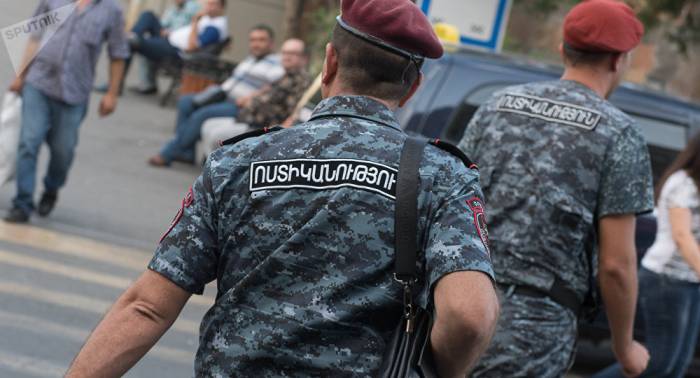 "At 11:30 local time 65 people suspected of various violations were taken to police departments," they said.

Among those arrested is one of the protest action organizers, David Sanasaryan, who tried to block traffic at the Respubliki Square (Republic Square), according to the report.

The leader of the Civil Contract opposition party, MP Nikol Pashinyan, called on his supporters to "paralyze traffic across Yerevan" on Friday morning.

According to police, tensions are running high on Gyulbenkyan Street, where Pashinyan’s supporters blocked traffic with cars. Police are trying to remove cars from roads.

Mass rallies broke out in Yerevan and other Armenian cities on Monday following former Armenian President Serzh Sargsyan’s nomination as prime minister. On Tuesday, Armenia’s parliament elected Sargsyan prime minister. On Thursday, opposition members tried to disrupt the new cabinet of ministers’ meeting, blocking entrances to government facilities and marching down Yerevan streets. About 3,000 people took part in a rally in the evening. As many as 123 people were arrested over the past day.