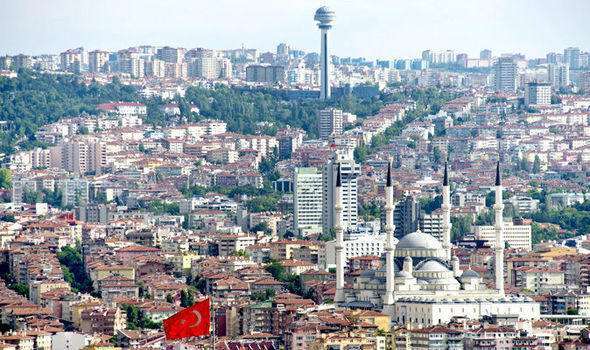 The Federation of Azerbaijani Societies of Turkey has expressed a protest in connection with the shelling of Azerbaijan's peaceful civilians by the Armenian armed forces, the Azerbaijani State Committee for Work with Diaspora said in a message on April 20.

In its appeal, the Federation said that the Armenian military's shooting at Rahim Hajiyev, a resident of the Yukhari Giyamaddinli village of Azerbaijan’s Agjabadi District, who was doing household work, is another crime of the Armenian army against civilians.

The Federation further noted that the Armenian terrorists continue their criminal activities in the occupied Azerbaijani lands.

"Azerbaijanis living in Turkey strongly condemn these provocative and criminal actions of the enemy," reads the appeal.

The Armenian armed forces subjected the Yukhari Giyamaddinli village of Azerbaijan’s Agjabadi District to intense shelling on April 18. Rahim Hajiyev, a resident of the village, was injured as a result.

The Armenian armed forces occupied this village twice, in 1993 and 1994, but then the Azerbaijani Army liberated it. However, the Armenian military mined the territory of the village.

Azerbaijani civilians, who returned to their native places, are killed in land mine blasts or come under fire because of frequent violations of ceasefire.