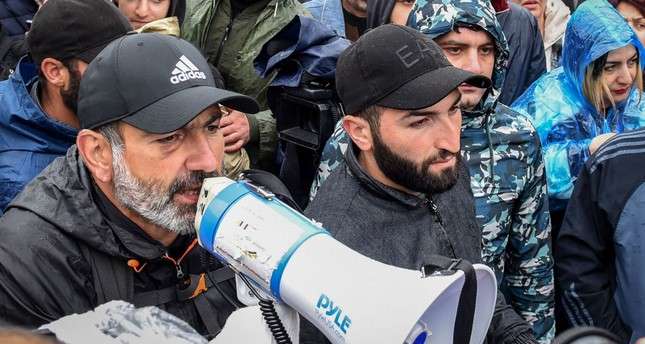 As soon as he arrived, President Sargsyan, accompanied by his bodyguards, shook hands with Nikol Pashinyan, an MP and leader of the opposition, before the two men started a discussion, an AFP journalist said.

Pashinyan earlier said he was only prepared to discuss the exit of the new prime minister, former president Serzh Sargsyan.

"We are only ready to discuss the conditions of his departure," news agencies quoted Pashinyan as saying after Sargsyan called on the opposition to enter into talks with authorities.

"This won't be a dialogue, as I already said, we do not want vendetta and we wish to secure the transfer of power to the people while avoiding shock as much as possible," Pashinyan was quoted as saying.