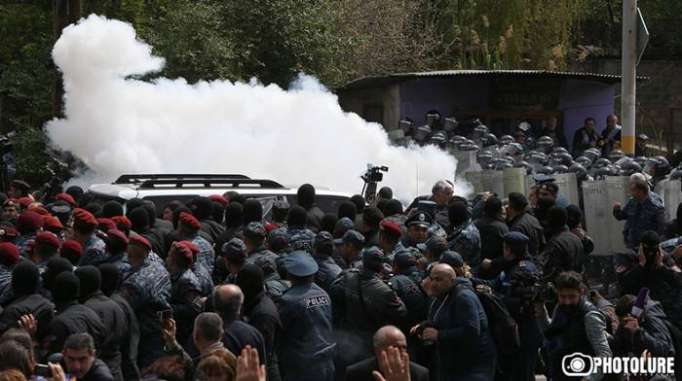 On April 22, the announced negotiations between Sargsyan and Pashinyan lasted several minutes. The prime minister said that the oppositionist’s actions are blackmail, and advised him to act within the law, threatening that otherwise Pashinyan would bear all the responsibility.