Medvedev discusses situation in Armenia with its acting prime minister 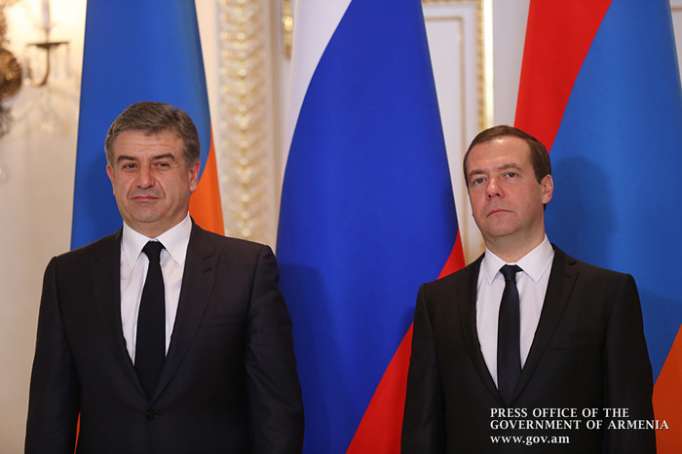 The situation in Armenia was in focus of Russian Prime Minister Dmitry Medvedev’s telephone conversation with acting Armenian Prime Minister Karen Karapetyan, the press service of the Russian government said on Monday.

"The two heads of government discussed issues of the Russian-Armenian relations and the developments in Armenia," the press service said. "Medvedev expressed support to the friendly Armenian people and stressed the importance of efforts to keep the situation within the framework of law and the constitution."

The sides also discussed issues of integration cooperation within the Eurasian Economic Union.

Mass opposition protests erupted in Yerevan and other Armenian cities on April 13 after the country’s former President Serzh Sargsyan was nominated as candidate for prime minister. Despite the protests, he was elected prime minister by the national parliament on April 17 and later appointed to the post by a presidential decree. On April 19, the protesters tried to disrupt a meeting of the new government having blocked access to the government building. Sargsyan met with the opposition leader, MP Nikol Pashinyan on April 22, but to no avail. Ultimately, Sargsyan stepped down as prime minister on April 23.