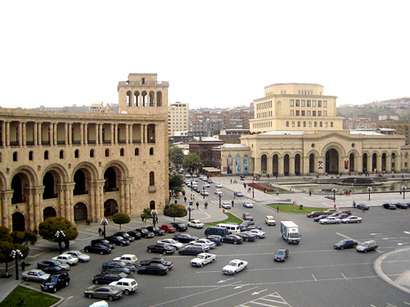 Armenian opposition leader Nikol Pashinyan stated that he is ready to become a prime minister if the people "put this responsibility" on him, RIA Novosti reported.

"If the people put the responsibility on me, I am ready to become the prime minister. Most likely, this is going to be," he said at a briefing in Yerevan.

He further added that a representative of the people, rather than the Republican Party, should be elected as the prime minister of Armenia.

He said that "the era of the Republican Party is over, they should not cling to power."

Mass rallies broke out in Yerevan and other Armenian cities on April 13 following former Armenian President Serzh Sargsyan’s nomination as prime minister. The opposition accused him of ineffective governance and worsening the economic situation in the country.