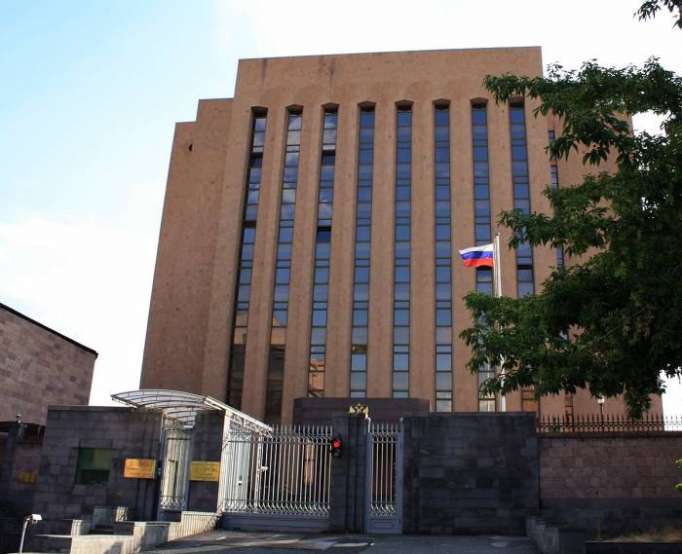 On April 25, the Russian Embassy in Yerevan took additional security measures in connection with the ongoing protests in the Armenian capital city, the diplomatic mission told RIA Novosti news agency.

"Our Armenian partners have taken external security measures, we, in turn, have restricted the departure of our employees, recommended not to go outside the Embassy today. In general, the situation in the Embassy area is peaceful," the source told to the agency.

On April 25, the acting Prime Minister Karen Karapetyan and Pashinyan were to hold talks, but they turned out to be disrupted. Supporters of the opposition gathered in the square in the center of Yerevan, and then staged an unauthorized march through the center of the capital city. Pashinyan stated that the rally will be held "today and tomorrow" until opposition’s demands are fulfilled.

The actions against the election of former Armenian President Serzh Sargsyan as Prime Minister began on April 13. The opposition accuses Sargsyan, who was twice elected President, of poor governance and deteriorating economic situation in the country. On April 17, the opposition announced the beginning of the velvet revolution.

Less than a week later, on April 23, Sargsyan resigned amid continuing protests.