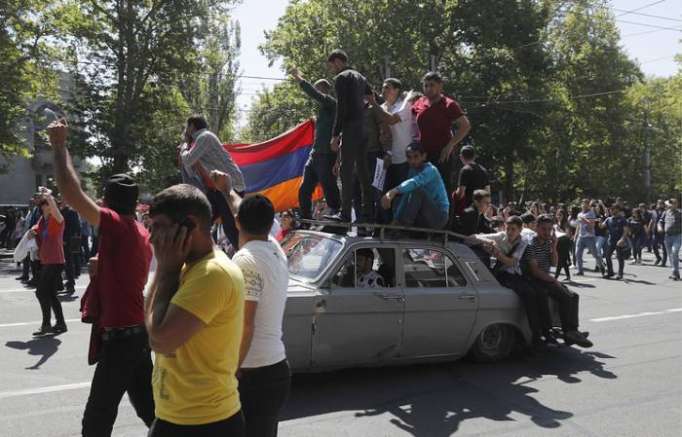 Russia considers the events in Armenia, where the opposition is continuing protests, as the country’s domestic affair and expects that the situation there will be solved soon based on a consensus decision, Kremlin Spokesman Dmitry Peskov told reporters on Wednesday.

Peskov stressed that the Kremlin’s position on Armenia remains unchanged. "We still consider that this is a domestic affair (of Armenia) and hope that our Armenian friends will be able to solve this situation and find a stable structure and a consensus decision soon," he said.

"We are very carefully monitoring this situation," Peskov noted.

Armenian President Armen Sarkissian announced on Wednesday that he was beginning consultations with political parties to search for solutions to end the crisis in the country.

On Monday, Serzh Sargsyan, formerly the president who was elected as the prime minister by the parliament on April 17, resigned amid mass protests that started across the country on April 13. The protests are led by opposition leader from the Elk bloc Nikol Pashinyan.

On Wednesday, Pashinyan and Acting Prime Minister Karen Karpetyan were scheduled to hold talks, but the meeting was canceled.