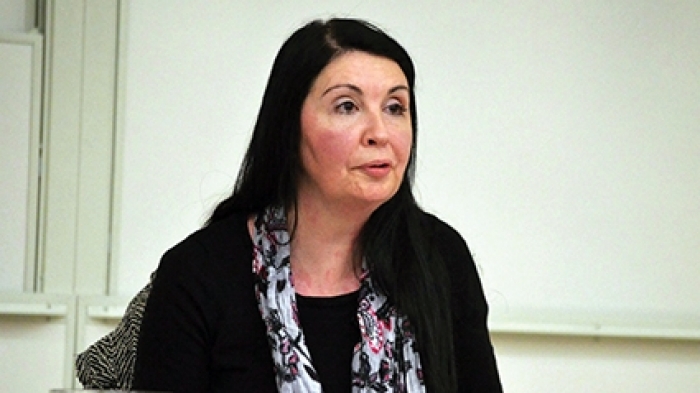 Sargsyan's resignation is not sufficient either if real change is going to happen, says Amanda Paul, senior policy analyst with the European Policy Center (EPC) in Brussels.

On April 23, the new Prime Minister of Armenia Serzh Sargsyan resigned after several days of protests by thousands of demonstrators in the capital city against his election at the end of his yet another presidential term.

In her interview for Eurasia Diary, Amanda Paul talked about the reasons of such a huge scale demonstrations taking place in Armenia and about what made Sargsyan to resign.

“Through these protests Armenians said enough is enough. Armenians were fed up with the shenanigans and skullduggery of Sargsyan and his allies. They refused to accept the underhanded way that the political system was changed to allow Sargsyan to stay in power by moving from the Presidency to the Prime Minister’s post," she said.

Paul highlighted the fact that while this was the development that broke the camel’s back it is certainly not the first time that Armenians have protested over the last few years to signal their anger with their leadership, as for example during the Electric Yerevan protests in 2015. However the numbers of people that took to the streets this time, almost 200,000 in Yerevan, was unprecedented, she said.

“People are fed up with corruption, economic hardship, autocratic practices, undemocratic governance, social inequality, etc. and want a better life. Society has become more active, particularly the younger generation who wants real change, not just cosmetic reforms. Civil society has also become much stronger. Armenians have demonstrated that they are ready to stand up to the authorities, demand change, and not go home until Sargsyan stepped down, no matter what. His resignation is not sufficient either if real change is going to happen. There is a demand for new parliamentary elections which should be a next step," Paul added.

Talking about the reaction of the international community to the protests in Armenia, the expert said that they stated for dialogue and asked for restraint; however, in the end Sargsyan saw sense and resigned rather than resorting to heavy handed tactics and the use of force, which has happened in the past. Taking such a step would have seriously risked relations with the West, in particular the EU, with which Armenia has just signed a new agreement. This agreement is important for Yerevan," she said.

“Clearly a key moment was the decision by some of the Armenian military peacekeepers based in Yerevan to stand shoulder to shoulder with the protesters. This would have undermined the confidence of the authorities and their ability to control the situation," said the expert.