Could fast food make it harder for you to get pregnant? 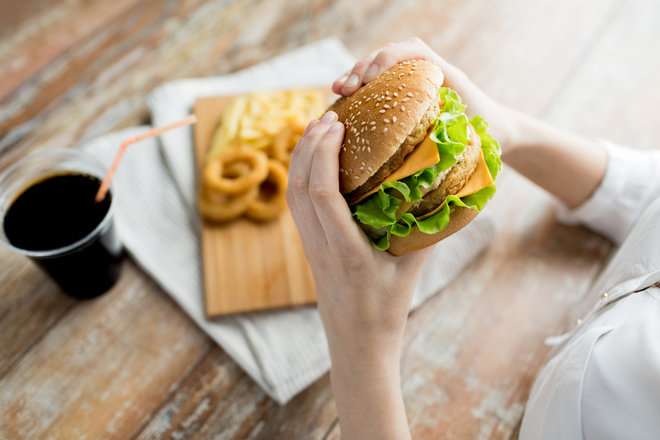 The foods women eat could be tied to their risk of infertility, a new study from Australia finds.

Researchers found that eating fast food regularly was linked to a twofold increase in the risk of infertility in women of childbearing age. What's more, not eating enough fruit was tied to a 50 percent increase in infertility risk, and eating fruit several times a day appeared to reduce the amount of time it took to conceive.

The study found only an association between diet and infertility; more research is needed to prove that certain foods have a direct impact on infertility risk.

Dr. Raj Mathur, secretary of the British Fertility Society, who was not involved in the study, said the new study is useful "for clinicians and women who are looking to start trying to conceive."

"It is in keeping with other pieces of research, which show that your overall dietary pattern may influence fertility," Mathur told Live Science. "The message from these studies seems to be that processed foods are bad, and fresh fruit and vegetables are good, for fertility."

The research, published today (May 3) in the journal Human Reproduction, included nearly 5,600 women, ages 18 to 43, from Australia, New Zealand, the U.K. and Ireland, all of whom were in the early stages of their first pregnancy. Midwives looking after these women were instructed to interview them about their diet in the month before they conceived and to record how long it took the women to get pregnant once they started trying.

Couples are considered infertile when they are unable to conceive within a year of trying, according to the study. So, although all the women involved in the study were pregnant, 8 percent of them fell into the infertile category, as it took them longer than a year to get pregnant.

"The major finding is that the risk of infertility — that is, taking longer than 12 months to conceive — went from 8 percent for all the women in the cohort to 12 percent … in women with the lowest fruit intake," said lead study author Claire Roberts, a senior research fellow at Robinson Research Institute at the University of Adelaide in Australia. (That jump, from 8 percent to 12 percent, represents a 50 percent increase in the risk of infertility, Roberts added.)

"There was also an increase from 8 to 16 percent in the risk of infertility in women who ate four or more servings of fast food each week," Roberts told Live Science.

Intake of other foods, including green leafy vegetables and fish, weren't linked to risk of infertility or the amount of time it took women to get pregnant. However, the researchers were surprised that these healthy foods didn't appear to have an effect, Roberts said.

The study adjusted for factors such as age, maternal smoking, alcohol consumption and body mass index, to make sure the data reflected only the effects of diet on infertility and time needed to conceive, Roberts noted.

Although the study didn't look at why these foods were linked to a woman's odds of getting pregnant, Roberts said earlier research indicated that fatty acids from a woman's bloodstream may affect the quality of her eggs.

"The things that you eat could get into your eggs, and that can affect whether your eggs could be fertilized or not," she said. "Fast-food diets are also high in fat, sugar and salt, which can alter metabolism." (Metabolic health is another factor that's known to impact fertility and contribute to developing pregnancy complications, she added.)