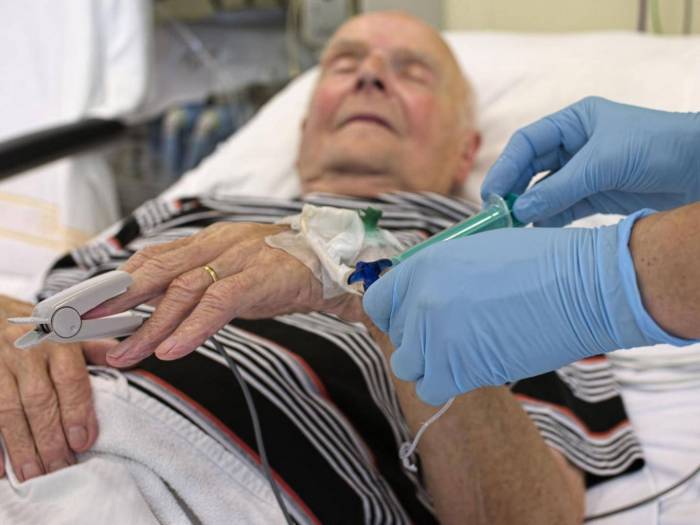 Heavier patients are twice as likely to survive after being admitted to hospital with an infection, according to new research exploring the so-called “obesity paradox”, the Independent reported.

While being overweight generally contributes to poorer health outcomes for surgery and other procedures, as well as earlier death, it can be a life saver when a person is forced into intensive care by infectious diseases, or conditions like pneumonia.

In these circumstances, it appears the heavier you are heavier the better, as being clinically “obese” was even more protective than being classed as “overweight”.

This may be down to obese people having more energy reserves to fight off infection, or a result of the chronic inflammation they experience which means their immune systems are always primed to respond to infection.

Danish researchers at the European Congress on Obesity this week reported the findings from a study involving 35,406 patients admitted to hospital for an acute medical or surgical procedure between 2011 and 2015.

This trend remained even when controlling statistically for smoking and other diseases, or recent weight changes that could suggest another health condition.

Dr Sigrid Gribsholt, from Aarhus University Hospital’s Department of Clinical Epidemiology told The Independent there were several factors at play.

“So both things may have impact on the mortality in acute illness.”

While the data is yet to be published in a peer reviewed journal, it is not alone in observing this paradox.

A separate piece of research, by doctors from Taipei Medical University Hospital, Taiwan and John Peter Smith Hospital in Texas, looked at data from 1,000 hospitals across the United States.

It identified 5.4 million cases where patients were hospitalised with pneumonia or sepsis, a life-threatening condition where the immune system overreacts to an infection and begins to attack itself.

The authors suggest in their work, which is also yet to be published, that these findings could be used to prioritise patients who are most at risk from septic shock, which can often be hard to diagnose.

Independent academics said the findings were interesting and looked to be based on good quality research, however they cautioned the type of experiment means the authors cannot conclusively prove cause and effect.

It could be, for example, that obese patients were admitted more easily for minor infections, and that this also did not mean obesity was healthier overall.

Dr David Carslake from the University of Bristol said: “It would be unwise to change recommendations about Body Mass Index, even in subgroups of patients, without also considering whether BMI affects the chances of getting these conditions in the first place, and what the effect would be on the rates of sickness and death from other causes.”