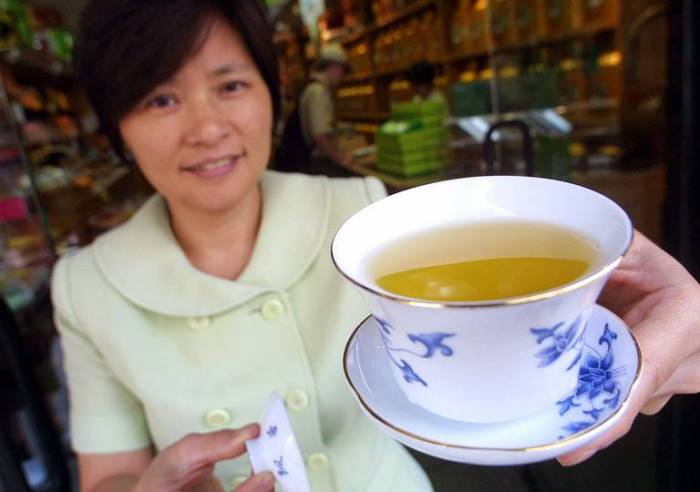 Green tea could hold the key to preventing thousands of deaths each year caused by strokes and heart disease, a new study has claimed, the Independent reported.

Scientists had been researching epigallocatechin-3-gallate (EGCG), a compound found in green tea, for its ability to reduce amyloid plaques in the brains of Alzheimer’s disease patients.

However, a team from Lancaster University and the University of Leeds now believe EGCG can also break up potentially dangerous protein plaques found in blood vessels.

Atherosclerosis, the build-up of fatty material inside arteries that reduces the flow of blood, can lead to an increased risk of heart attacks or stroke.

But, in the paper published in the Journal of Biological Chemistry, researchers said EGCG can bind to fibres in the tissue, converting them into smaller, soluble molecules less likely to cause damage.

“The health benefits of green tea have been widely promoted and it has been known for some time that EGCG can alter the structures of amyloid plaques associated with Alzheimer’s disease,” said David Middleton, professor in chemistry at Lancaster University.

“Our results show that this intriguing compound might also be effective against the types of plaques which can cause heart attacks and strokes.”

The researchers, funded by the British Heart Foundation, are now beginning to look at ways effective levels EGCG could be introduced into the bloodstream without individuals being required to drink huge quantities of green tea.

Methods could include modifying the structure of the compound to make it easier to absorb through the stomach, or delivering the chemical to a precise location via injection.

Despite the positivity from scientists involved in the research, not all experts are convinced of the study’s importance.

Tim Chico, professor of cardiovascular medicine at the University of Sheffield, described the research as “interesting”, but added more information was needed before conclusions could be drawn.

“It is far too early to suggest that this will lead to new treatments,” he said.

“There are thousands of researchers working across the globe using many different approaches to try to tackle heart disease, and people should be encouraged that we are making great progress.

“However, adopting a healthy active lifestyle, eating a balanced diet, not smoking, and maintaining a healthy weight remain the best ways to reduce our risk of heart disease.

“Should you drink green tea? Yes, if you like it but not because of this research.”

Heart and circulatory disease claims the lives of around 160,000 people in the UK each year, accounting for roughly a quarter of deaths nationwide, while a further 40,000 suffer fatal stokes.

While cardiovascular disease, an umbrella term for conditions such as heart disease and stroke, used to be the leading cause of death in Britain, it has been overtaken by cancer in recent years.