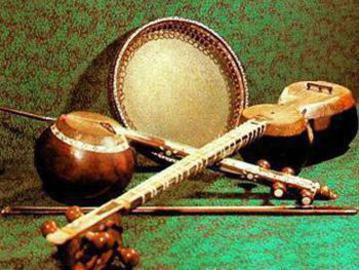 A 60-minute program has been aired on British BBC Radio 3.
The program at the beginning spoke about the history of Azerbaijan and its strategically important location in the Caucasus.

The program stressed that mugam, which is an ancient heritage of the Azerbaijani people, long ago turned into a common wealth of huge masses.

The program also informed about Yanardag, which is one of the interesting places of Azerbaijan, and spoke about successes of famous Azerbaijani khananda Gochag Asgarov and his student living in London, Fidan Hajiyeva.

The program continued with featuring pieces from the Azerbaijani mugam and aired interviews about the ancient heritage of our country and people.

The original text on mugham on BBC radio:

Lucy Duran is in Azerbaijan with the World Routes Academy apprentice Fidan Hajiyeva and her teacher, the celebrated singer Gochaq Askarov. Fidan is learning the ancient style of Azeri Mugham in the country`s capital Baku, where she listens to performances by the Mamadova Sisters and meets the country`s top pop star, the aptly named Brilliant.

In January 2013 UK-based, 17 year Fidan Hajiyeva old became the youngest member of the World Routes Academy. Launched in 2010, the BBC Radio 3 World Routes Academy aims to support and inspire young world music artists by bringing them together with an internationally renowned artist in the same field and belonging to the same tradition.
In Previous years, the scheme has worked with musicians from Iraq, Southern India, and Colombia.