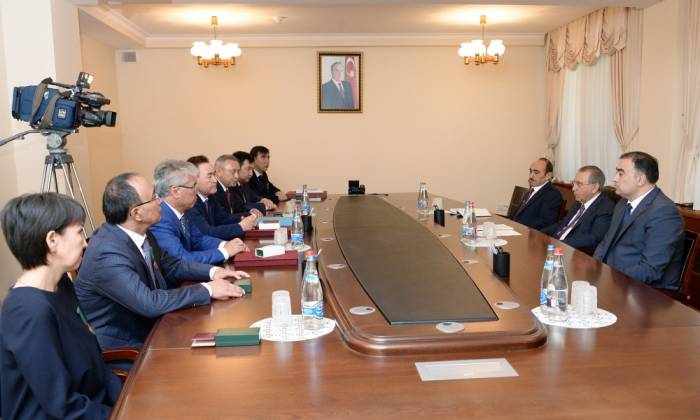 Ramiz Mehdiyev noted that the members of the Kazakh delegation were awarded the “Taraqqi” medal for their contribution to the strengthening of relations between the two countries by the order of President Ilham Aliyev and presented them the medals.

Azerbaijan and Kazakhstan had stepped on the path of rapid development by overcoming difficulties thanks to a wise policy of Heydar Aliyev and Nursultan Nazarbayev following the collapse of the former Soviet Union. Ilham Aliyev and Nursultan Nazarbayev continued the traditions of friendship and cooperation between our peoples and states. Over the past period, more than 100 documents have been signed between our countries, and mutual investment has been made. Our countries support each other in international organizations, and cooperation between the parliaments is at a high level", Ramiz Mehdiyev added.