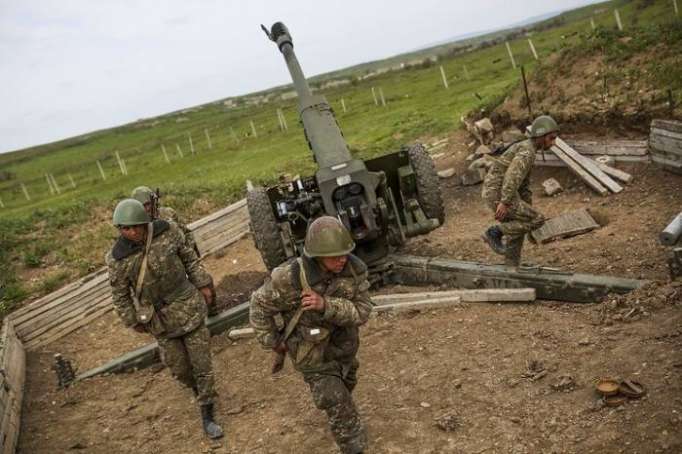 Defensive and offensive actions were played out during the military drills.